"Since joining Cimpress in 2009, Ernst has made very significant contributions to the company, first in his role leading corporate strategy and then as chief financial officer,” said Robert Keane, president and CEO of Cimpress. "During his tenure, he built a strong infrastructure for corporate strategy, M&A and finance, and helped the company evolve its capital structure and capital allocation approach to support our objectives to be the leader in mass customization and to maximize our intrinsic value per share. I thank him for his years of service to the company." 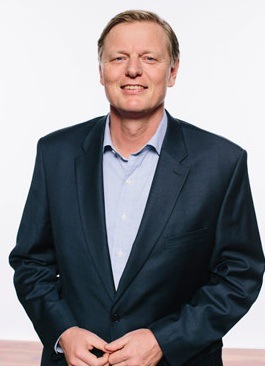 Teunissen will participate in the company’s first quarter earnings conference call scheduled for October 29, 2015 along with Keane and Quinn. "The decision to leave Cimpress was difficult for me," noted Teunissen. "We are executing on a compelling strategy, and I have been lucky to work with my talented Cimpress colleagues over the years. I was not looking to leave the company, but was recruited to another role that I felt was right for me personally. I want to thank Robert, my team, and employees throughout Cimpress for a truly fantastic experience over the years."

Quinn joined Cimpress in 2009. Keane noted, "I am very pleased that we have a great internal successor in Sean Quinn. As chief accounting officer, he is a key leader within finance and has the full confidence of me, the supervisory board and his newly expanded team. Over the past six years at Cimpress, Sean has successfully taken on more and more scope and complexity, running a world-class controllership and reporting organization and supporting major investment decisions and M&A activity."

"I am excited to take on additional responsibilities at Cimpress," relayed Quinn. "I look forward to joining the executive team, and continuing to execute against our established capital allocation approach and financial policy which we have communicated extensively over the past year. I am also confident in the finance organization’s ability to smoothly manage through the leadership transition."

About Cimpress
Cimpress N.V. (Nasdaq: CMPR) is the world leader in mass customization. For 20 years, the company has been producing, with the reliability, quality and affordability of mass production, small individual orders where each and every one embodies the personal relevance inherent to customized physical products. The company produces more than 46 million uniquely designed items a year. Cimpress’ portfolio of brands includes Vistaprint, Albelli, Drukwerkdeal, Pixartprinting, Exaprint and others. That portfolio serves multiple customer segments across many applications for mass customization.