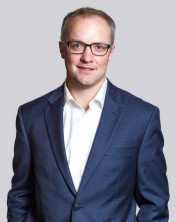 Sean Quinn, Cimpress’ executive vice president and CFO, said, “We are very pleased with the participation and interest in upsizing our credit facility and appreciate the continued support from our banking group. While this expansion is not for a specific use, we do expect to continue to grow our revenue and EBITDA in the future, and we value having the balance sheet flexibility and capacity to act on attractive capital allocation opportunities when they arise.”

The funding increase was provided by both existing members of the bank group who expanded their share of the credit facility, as well as new banks who were not involved in the initial facility.