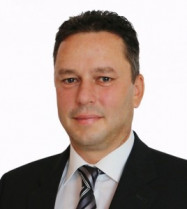 Stefan Segger, an experienced and valued expert esteemed by customers and colleagues alike, takes over as head of the sales team for newspaper, commercial and digital presses at KBA’s headquarters in Würzburg. A focus of his new role will be to establish KBA digital presses (RotaJET series) more firmly on the market and expand on his good business ties with commercial and newspaper companies active in the field of web offset printing further. His experience in key account management is extremely beneficial. 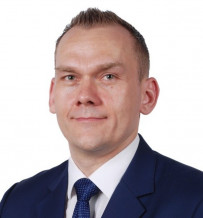 Stefan Segger began his career in 1984 working at Albert-Frankenthal. Twelve years ago he was appointed general manager of subsidiary KBA Asia-Pacific in Singapore. He later also took over the reins of KBA-Australasia. He has since been responsible for the sales and service of KBA sheetfed and web presses in Southeast Asia, Australia and New Zealand, and has considerably expanded KBA’s market position in this growth region together with his team. He is married and the father of two children.

Andreas Friedrich to manage subsidiary in Singapore in future
Andreas Friedrich (40) will take over Stefan Segger’s role at the helm of KBA Asia-Pacific. Friedrich has been active in web press sales since 2001 and worked successfully at KBA-China in Shanghai since 2005. As general manager for the sales and service of KBA web presses in China, North and East Asia, he also has many years of experience and a raft of contacts in the Asian market. Andreas Friedrich is married and speaks English and Chinese.

Read This If You Don’t Write So Good

Stop and Sharpen the Saw