It came as no big surprise when I reported earlier about the lead up to Stamford, Conn.-based Cenveo Inc.'s filing for Chapter 11 bankruptcy protection on Feb. 2, citing liabilities of more than $1.4 billion. Cenveo has long struggled, in part from a heavy debt load tied to several past roll-up acquisitions, including the $430 million it paid for journal printer Cadmus Communications in 2006.

Hoping to shed $700 million in debt following the restructuring process, the publicly held commercial printing, label and envelope manufacturer announced it had reached an agreement with first-lien noteholders holding more than half of its debt to support a voluntary (prepackaged) Chapter 11 plan of reorganization. This provides it with up to $190 million in asset-based loans and $100 million of term-loan financing. But not all Cenveo noteholders were on board. 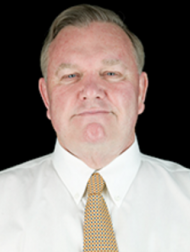 One Cenveo creditor - Brigade Capital Management - filed a motion on Feb. 12 petitioning the New York court that is overseeing the bankruptcy proceedings to appoint an independent examiner to investigate what it claims was “insider dealing-making” by the controlling Cenveo shareholders, officers and directors.

Brigade Capital's petition chastised what it described as exorbitant benefits for controlling Burton family members; a lack of truly independent Cenveo board members; and a Restructuring Support Agreement (RSA) between Cenveo and first-lien lenders that it said provides virtually no financial recovery to second-lien noteholders or unsecured creditors.

According to the petition, three members of the Burton family that serve as senior management - Chairman and CEO Robert Burton Sr. and two of his sons, President Robert “Rob” Burton Jr. and COO Michael Burton - have received approximately $80 million of disclosed compensation between 2005 and 2016. (Robert Burton Sr. and Rob Burton also serve on Cenveo’s board of directors.)

And that just covers that time period. A recent commentary by Thad McIlroy described how Cenveo’s board approved a new 2018 executive compensation plan last December.

“Covering the three Burton family members and three other Cenveo executives, the plan includes up to 125% bonuses for reaching certain (unspecified) sales targets, plus a nifty 40-60% immediate cash payment based on their current annual base salary,” McIlroy wrote.

“If I’ve got my figures right, the board of Cenveo awarded the Burton family $2.8 million while company executives were contemplating a Chapter 11 filing.”

One major Cenveo shareholder also remains critical of its management. “Robert Burton Sr. and the other members of the executive leadership cover the backs of each other,” Nathu Puri, founder of Nottingham, England-based conglomerate Purico Group and Cenveo’s third-largest shareholder, was quoted as telling the Stamford Advocate in a recent phone interview.

The Brigade Capital complaint also contended that the plan of reorganization undervalued the company and essentially shut out second-lien lenders such as itself and unsecured creditors from financial recovery, while at the same time releasing Cenveo's existing Burton family management from estate claims and enabling management to own a 12% stake in Cenveo following the restructuring.

Brigade Capital also accused close ties between the Burtons and Cenveo board of director members - such as with University of Connecticut President Susan Herbst, whose university has received millions in donations from Robert Burton Sr., including funding to construct its on-campus football complex.

The Brigade Capital motion seeking an independent investigator to examine its various allegations was ruled on March 6 before U.S. Bankruptcy Court of Southern District of New York judge Robert Drain. According to coverage of the court proceedings by Law360, the ruling amounted to a partial victory for Brigade and Cenveo's unsecured creditors in that judge Drain did agree to appoint a single examiner to look into alleged "insider dealings."

But the judge wouldn't authorize a broader investigation into the creation or fairness of the Chapter 11 reorganization plan itself, nor about the employment agreements or valuation methods that are contained within the RSA between Cenveo and the first-lien lenders.

“The junior creditors are going to be fighting for every dollar. We shouldn’t be spending money on a bigger investigation than that,” judge Drain was reported by Law360 as saying.

Despite this latest ruling, my greatest concern is the fate of the more than 7,000 remaining Cenveo employees who are caught up in the bankruptcy reorganization and will be in its ultimate aftermath.

Just after making its Chapter 11 announcement, Cenveo reportedly began shutting down and permanently laying off 62 employees at its Seattle (Kent, Wash.) ColorGraphics commercial printing division. This came on the heels of the March 2017 shuttering of Cenveo’s Graphic Arts Center in Portland, Ore., which impacted 91 workers.

On March 6, an article in the Baltimore Business Journal indicated that Cenveo is closing its Port City Press book and directory printing operation located in nearby Pikesville, Md., as part of its reorganization plan. The closure will reportedly result in 113 job losses. On March 8, a story in the Altoona Mirror reported that Cenveo's Pinecroft, Pa., envelope manufacturing facility would be closing by this June, impacting between 80 to 100 full-time workers (the newspaper also said some employees there may have transfer opportunities to Cenveo's nearby Williamsburg operation). And, on March 13, a story in the Dallas Business Journal relayed that Cenveo laid off 192 employees at its Ennis envelope manufacturing facility in Ellis County, Texas (located about 35 minutes south of Dallas) last month.

I well-realize that the closure of printing plants has become a necessary reality, given the backdrop of overcapacity and shrinking demand for some types of printed products, combined with greater efficiencies that are being enabled by automation advancements.

But, within this context of casualties from the reorganization, reading the Brigade Capital motion that derided executive compensation payouts and the apparent lack of Cenveo board of directors oversight leading up to its Chapter 11 filing - while not illegal - still casts a dark shadow over good business ethics.