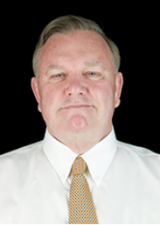 STAMFORD, Conn. — November 3, 2016 — Cenveo Inc. reported financial results for the third quarter ended Oct. 1, 2016. The reported results for all periods presented exclude the operating results of the Company’s packaging operating segment, as well as its top-sheet lithographic print operation, as they have been classified in the Company’s condensed consolidated financial statements as discontinued operations.

"Our third quarter was generally in line with our expectations," says Robert G. Burton Sr., chairman and CEO of Cenveo. "In our label segment, revenue was impacted by our decision to exit our coating operations, which accounted for the majority of the quarter-over-quarter revenue decline for that segment. In envelope, continued growth in our direct mail products helped mitigate softness in our wholesale and office products, which was driven by disruption and inventory rationalization in the office superstore channel. From a balance sheet perspective, we acquired through open market repurchases over half of our outstanding 7% convertible notes and commenced the process of redeeming half of our 11.5% unsecured notes due May 2017. We anticipate addressing the balance of our 2017 maturities in the first quarter of 2017.

Burton continues, "As we enter the fourth quarter, we will continue our focus on operational improvements and improved cash flow, which should significantly improve due to the reduction in our cash interest costs. Despite challenges in certain marketplaces, we believe our expectations for our direct mail envelope products and print related products continue to be a strong foundation for our organization, and our capital reinvestment plans this year will provide meaningful contributions to our future prospects."

Third Quarter Financial Results
Net sales in the third quarter of 2016 were $406.0 million compared to $419.8 million in the same period last year, a 3% decline. This was primarily driven by lower sales in the envelope segment, resulting from lower demand in the Company’s wholesale and office product envelopes, which accounts for approximately 2% of our consolidated net sales decline. In addition, Cenveo experienced lower sales in its label segment primarily due to the decision to exit its coating operation, which was completed in the second quarter of 2016 and accounts for approximately 1% of our consolidated net sales decline. These declines were offset in part by higher direct mail envelope volumes.

Cash flow provided by operating activities of continuing operations for the third quarter of 2016 was $7.8 million compared to $9.8 million for the same period last year. The decrease was primarily due to changes in working capital, particularly the timing of sales and collections from customers and the timing of payments to vendors, partially offset by lower pension contributions.

At October 1, 2016, cash and equivalents totaled $4.9 million compared to $7.8 million at January 2, 2016. Total principal debt outstanding declined 12% to $1.1 billion compared to $1.2 billion at January 2, 2016. The Company has commenced the process of redeeming $20.0 million face value of its 11.5% unsecured notes due in May 2017 at a call price of par. It expects the redemption process for this portion of the remaining notes to close in December. The Company expects to redeem the remaining portion of the 11.5% unsecured notes no later than the end of the first quarter of 2017.

Certain components of the guidance provided above are on a non-GAAP basis only, without providing a reconciliation to guidance provided on a GAAP basis. Information is presented in this manner, consistent with SEC rules, because the preparation of such a reconciliation could not be accomplished without “unreasonable efforts.” The Company does not have access to certain information that would be necessary to provide such a reconciliation, including non-recurring items that are not indicative of the Company’s ongoing operations. Such items include, but are not limited to, integration, acquisition and other charges, impairment of intangible assets, gain on bargain purchase, restructuring and other charges, (gain) loss on early extinguishment of debt, net and other similar gains or losses not reflective of the Company's ongoing operations. The Company does not believe that this information is likely to be significant to an assessment of the Company’s ongoing operations, given that it is not an indicator of business performance.

About Cenveo
Cenveo (NYSE: CVO), world headquartered in Stamford, Conn., is a leading global provider of print and related resources, offering world-class solutions in the areas of custom labels, envelopes, commercial print, content management and publisher solutions. The company provides a one-stop offering through services ranging from design and content management to fulfillment and distribution. With a worldwide distribution platform, we pride ourselves on delivering quality solutions and service every day to our customers.