STAMFORD, Conn. — May 3, 2017 — Cenveo Inc. reported financial results for the three months ended April 1, 2017. The reported results for all periods presented exclude the operating results of the Company's packaging operating segment and top-sheet lithographic print operation, which have been classified in the consolidated financial statements as discontinued operations. 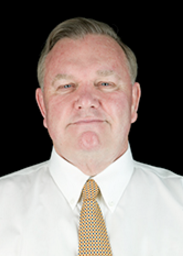 "Despite headwinds impacting net sales, we achieved several accomplishments this past quarter. The continued softness in our office products envelope business and the closure of our coating operation in mid-2016 were contributors to the decline in our sales year over year. Those events combined with further market softness across our print, direct mail and label platforms led to the decline of our net sales. On the other hand, our cost reduction efforts are beginning to show results. Our 2017 Profitability Improvement Plan provided sustainable savings of over $5.0 million during the quarter, which allowed us to improve our margins despite lower sales volume. The benefits of the 2017 Profitability Improvement Plan will continue in the second quarter and throughout the remainder of the year. We have now identified the remaining $10 million of our proposed $50 million of cost savings and feel good about our ability to achieve our stated goal of generating $25 million in savings for the full year. Additionally, the positive impact of our significant 2016 debt repurchases and refinancing decreased interest expense for the quarter compared to the same period last year by approximately $5.0 million," said Robert G. Burton, Sr., Chairman and CEO of Cenveo.

Operating income in the first quarter declined 41.0% to $10.0 million, compared to $17.0 million in the same period last year. The decrease was primarily due to lower gross profit due to lower sales volumes, the impact of the decision to exit the coating operation, and higher restructuring and other charges resulting from the 2017 Profitability Improvement Plan, including the announced closure of two facilities, partially offset by the benefit of lower selling, general and administrative expenses due to cost reduction initiatives and lower commission expense due to lower sales volumes. Non-GAAP operating income in the first quarter of 2017 was $19.2 million compared to non-GAAP operating income of $23.5 million for the same period last year.  A reconciliation of all non-GAAP figures are reported in the tables below.

Net loss in the first quarter of 2017 was $8.7 million compared to net income of $11.2 million for the same period last year. Adjusted EBITDA was $31.2 million in the first quarter of 2017 compared to $35.0 million for the same period last year. The change in Adjusted EBITDA was generally as expected with the continued impacts associated with the disruption in its office product and wholesale products and the exit of the company's coating operation accounting for a reduction of approximately $6.0 million while our profit improvement initiatives accounted for an increase of approximately $5.0 million, primarily due to our operational efficiency projects and position reductions across our operating platform.

During the first quarter 2017, net cash used in operating activities of continuing operations was $6.4 million compared to $11.4 million for the same period last year. The decline was primarily due to changes in working capital, particularly the timing of payments to vendors and higher inventories due to the timing of customer orders, partially offset by sales to and collections from Cenveo's customers.

At April 1, 2017, cash and cash equivalents totaled $3.9 million, compared to $5.5 million at December 31, 2016. Total outstanding long-term debt, including current maturities, was approximately $1.0 billion as of April 1, 2017, an increase of $16.0 million from December 31, 2016. During the first quarter of 2017, the remaining $20.5 million of outstanding principal balance of 11.5% notes was redeemed in full. Additionally, the remaining $5.5 million principal balance of 7% convertible notes will be retired prior to or at maturity on May 15, 2017 using cash flow from operations or availability under the ABL facility.

2017 Outlook
Burton, Sr. continued: "As we enter the second quarter, we are pleased with the progress of our 2017 Profitability Improvement Plan and the progress that we have made addressing our capital structure over the past year. Despite a challenging operating environment and recent softness in our end markets, we believe these initiatives will further support us achieving our financial goals for 2017. I look forward to updating our investors on our conference call tomorrow."