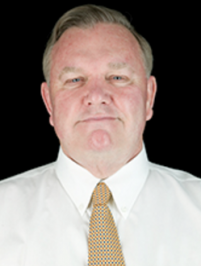 Stamford, Conn.-based Cenveo Inc., which has been struggling due to lower consumer demand for paper-based envelopes and debt from its past acquisitions as a printing industry roll-up consolidator - such as the $430 million it paid in 2006 for scientific, technical and medical (STM) journal printer Cadmus Communications - announced that it has reached an agreement with holders of a majority of its first-lien debt to support a voluntary Chapter 11 bankruptcy plan of reorganization. Filed under the U.S. Bankruptcy Code in the Southern District of New York, White Plains, the filing does not include its foreign entities, such as those located in India.

According to Cenveo, it has made customary filings, including first-day motions, which will facilitate the normal course of business operations during the financial restructuring process. These include, among other things, requesting authority to pay pre-filing wages, salaries, and benefits; honor customer commitments; and pay certain pre-petition vendors and suppliers. In addition, the plan is said to provide Cenveo with sufficient liquidity to continue operating as usual with customers and vendors.

"The plan we are pursuing today will significantly reduce our debt and improve our capital structure to support our long-term business strategy," said Cenveo Chairman and CEO Robert G. Burton Sr., in a press release that announced the Chapter 11 filing. "Since 2005, we have transformed Cenveo from its print-focused roots into the largest envelope manufacturer and one of the largest labels manufacturers in North America. This court-supervised restructuring process will protect our business operations, as we will continue to operate in the ordinary course. We are pleased that our plan has the backing of a number of our key financial stakeholders, and we are confident that Cenveo will emerge from this process with a stronger balance sheet to support its profitable growth in the years ahead."

In conjunction with today's filing, Cenveo has entered into a Restructuring Support Agreement (RSA) with note holders representing more than 50% of its first-lien debt. Cenveo says it has also negotiated agreements with certain of its existing lenders to provide the company with up to $290 million of debtor-in-possession financing ("DIP"), which includes $190 million of ABL financing and $100 million of term loan financing. In total, the debtor-in-possession financing will allow Cenveo to access up to $100 million in incremental liquidity during the Chapter 11 case. According to Cenveo, this incremental liquidity will ensure that suppliers and other business partners will be paid in a timely manner for goods and services provided during the Chapter 11 process, in accordance with customary terms.

Commenting on the Chapter 11 announcement, Peter Schaefer, a principal with leading printing industry M&A firm New Direction Partners, described the filing "as a classical pre-packaged bankruptcy. The restructuring will strengthen Cenveo and assure its future. It is unclear as to what is happening with trade creditors," he points out. "The DIP financing will support suppliers post-filing, but it is unclear of what may happen for pre-bankruptcy supplier accounts."

Prior to today's Chapter 11 filing, Cenveo had been selling off some of its holdings to raise capital.

On Nov. 9, 2017, LSC Communications acquired the Quality Park office products business from Cenveo for an undisclosed amount. Chicago-based LSC, in turn, merged the producer of envelopes, mailing supplies and assorted packaging items into its TOPS Products division. On Dec. 10, 2015, Cenveo announced the sale of the six facilities that comprised its packaging and top-sheet lithographic business to a division of WestRock Co., a global provider of packaging solutions in consumer and corrugated markets, for roughly $105 million in cash.

The past few years have also been a wild ride on Wall Street for the publicly held company, as it tried to negotiate senior note debt refinancings and amendments to its revolving credit facilities. The printer also launched a two-year profitability plan in late 2016 that it believed would yield $50 million of combined cost savings and margin improvement - $25 million of which it had hoped to realize in 2017. It did not achieve those goals. Due to its faltering stock valuation and failure to comply with New York Stock Exchange (NYSE) minimum share price rules, Cenveo also executed an 8-for-1 reverse common stock split on July 13, 2016. On Aug. 7, 2017, the company transferred its listing from the NYSE to the Nasdaq Global Market.

Cenveo has set up a Web page to provide additional information on its restructuring at www.cenveo.com/restructuring, as well as a toll-free Restructuring Information Line at (844) 219-2678.

Information about the claims process will also reportedly be available at https://cases.primeclerk.com/cenveo. In addition, Cenveo issued an SEC Form-8K filing that includes a lot of interesting links to more background information about what led to its Chapter 11 filing.