In another example of private equity firms targeting investments in distressed companies in the printing industry, Menomonee Falls, Wis.-based catalog printing specialist Arandell has reached a potential asset purchase agreement with Saothair Capital Partners, which is located outside of Philadelphia in Radnor, Pa. On Aug. 13, Arandell Holdings announced that the commercial printing company, along with all its subsidiaries, voluntarily filed for business reorganization under Chapter 11 of the U.S. Bankruptcy Code in the U.S. Bankruptcy Court for the District of Delaware.

The investment in Arandell by a private equity concern is similar to the acquisition of Chicago-based LSC Communications last month by another private equity turnaround specialist: Atlas Holdings, of Greenwich, Conn. That transaction, which will take the publicly-held book, catalog, and magazine printing specialist; logistics provider; and office products supplier private, is expected to close in the fourth quarter of 2020. 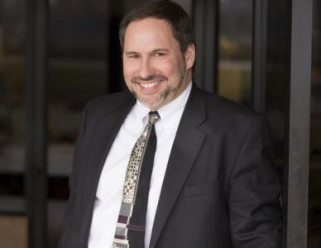 "Last week's court filings included an asset purchase agreement that outlines the provisions of a potential investment in Arandell by Saothair Capital Partners, a firm based in the Philadelphia area that will provide a stable foundation for the company’s ongoing operations and growth," Brad Hoffman, Arandell's chairman, president, and CEO, said in a statement. "Partnering with Saothair will allow Arandell to remain independent and for the existing management team to continue its strategic vision and strategy, capitalizing on industry disruption and returning to its pre-COVID-19 growth trend."

Hoffman added that current company leadership views this as a significant development and is confident Arandell remains on the right path to emerge from this process as a stronger organization able to compete on an even higher level within the industry. A representative of Arandell also told Printing Impressions that the operation currently employs 539 workers, and continues to hire to meet ongoing staffing requirements.

According to its website, Saothair — co-founded by Kevin Madden and Richard Lozyniak —  focuses exclusively on lower-middle market manufacturing and industrial companies based in North America. It has turnaround experience investing in and operating manufacturing businesses across a range of processes and end markets, including paper & packaging, plastics, metals processing, automotive or heavy truck, building products, health care-related products, food & beverage, and other niche manufacturing.

In July, Arandell also closed its Walton, Ky., printing facility, which impacted more than 100 workers. Arandell acquired that second printing operation in March of 2018 from Los Alamitos, Calif.-based Trend Offset Printing, which had acquired the plant from Itasca, Ill.-based Continental Web Press in September 2016. The Kentucky plant's added printing and finishing capabilities — for both mail and non-mail jobs, different formats, and press-pasted products — was intended to enable the company to expand its services to B2B customers seeking high-quality, color-critical output.

But those expansion plans didn't take into account the onslaught of COVID-19, subsequent stay-at-home orders, and their impact on retailers and other businesses that market themselves through direct mail and catalogs.

In announcing its Chapter 11 filing in August, Arandell indicated it had received commitments for $31.5 million in debtor-in-possession (“DIP”) financing, along with an accounts receivable factor subject to the satisfaction of certain closing conditions. That financing — the company indicated at the time — combined with cash on hand and generated through its ongoing operations, was expected to be sufficient to support its operational and restructuring needs.

Arandell also pointed to the impact of store closings and supply chain disruptions resulting from the COVID-19 pandemic, in addition to the growing e-commerce marketplace and its impact on retailers, as the leading causes of its bankruptcy filing. The privately-held company claims to operate the nation's single largest web offset catalog production facility, printing more than one billion catalogs per year.

Arandell Corp. was ranked No. 51 on the 2019 Printing Impressions 400, reporting most recent fiscal year sales of $103 million. It is ranked only behind Sussex, Wis.-based Quad, which reported $629.1 million in catalog revenues.

Arandell's roots date back to 1922 as R&L Lithography in Milwaukee. It merged with the E.F. Schmidt Co. in 1981, and entered the catalog printing market in 1984 with its first major client, Neiman Marcus. Hoffman purchased Arandell from the Treis family in 2016.