Despite all that 2020 heaped on the printing sector, the book manufacturing segment is going strong, driven by an isolated public renewing its connection to reading and, perhaps, by the multitudes of home-bound media experts frantically stocking their “credibility bookcases.” Book manufacturers are managing new ways of serving publishers and the broader market, and embracing new technology where it is advantageous.

The segment underwent a drastic shift during 2020, particularly with the divestiture of Quad/Graphics’ book plants from the segment, and the Chapter 11 bankruptcy of LSC Communications. These two developments effectively changed the playing field for U.S.-based book manufacturers, and left numerous book publishers scrambling for available capacity.

This article features the insight of four book manufacturing professionals, to provide a better sense of the segment as it is today, and the factors driving opportunity and success. Interviewed were Matt Baehr, executive director of the Book Manufacturers’ Institute (BMI); Jim Fetherston, president and CEO of Worzalla in Stevens Point, Wis.; Julie McFarland, chairman of the board and president of McNaughton & Gunn in Saline, Mich.; and Todd Roth, VP of Core Publishing Solutions (Thomson Reuters) in Eagan, Minn. 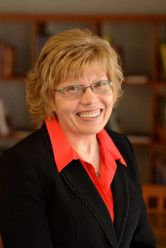 Citing recent consolidation and the level of sales in the segment, McFarland sees supply and capacity becoming a concern among publishers. She shared that current customers are keeping her company busy, and others are contacting them to assist with excess capacity. After a big drop-off in business during the spring (the height of the COVID-19 lockdown), and the postponement of a number of spring-scheduled projects (for the same reason), she says things have moved forward.

Roth sees this as a fascinating time for the segment, reporting that his company made multimillion-dollar capital investments during 2020 — including a significant increase in its digital printing capacity — for a 2021 production potential of four billion digital pages. Core Publishing Solutions, a Thomson Reuters business, finds that as print runs shorten, it is able to serve additional publishers. The company saw a slow second quarter of 2020, but says business has otherwise been good. 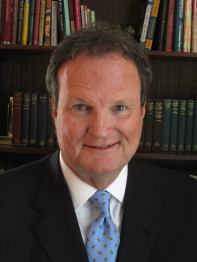 Worzalla’s Fetherston reported the book business as being “way up” prior to the pandemic, and notes that since the pandemic began, people have further embraced books. He says politically-focused books were big sellers this year — an area increasingly requiring quick production. He also noted a surge in the sale of children’s books.

In regard to what drives business, McFarland credits increased book buying as a result of “people staying home and learning at home. They’ve been interested in social justice issues, and self-help topics are also moving.”

BMI’s Baehr, conveying the current energy within the book segment, heard that business is currently good. Delays of the first and second quarters of 2020 resulted in some extended delays by publishers, and the capacities of many book publishers near their max. He noted the “trade” sector, particularly, has seen a rise in sales over the past two quarters, a sentiment shared by the other business professionals interviewed.

Roth is finding increased activity from new publishers and a heightened focus on lead times. Amid fluctuating costs for paper, Roth says, customers are becoming increasingly flexible with choices in paper stock. Further, the company is interested in expanding packaging and shipment services to customers beyond supporting their legal and tax products. 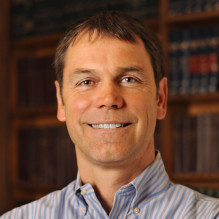 From Worzalla’s customers, Fetherston reports quick turnarounds as “must haves” for publishers, and they are looking more carefully at the total cost of book manufacturing. Overall, he says, demand for domestic manufacturing capacity has never been higher than it was this year. He says the increasing need for quick turns has been a boon for U.S.-based book manufacturers. By “onshoring” production, the books can be on the shelves in less time. This model also allows publishers to more carefully control ordering, resulting in a vast reduction in unused inventory.

McFarland found that scheduling has become a huge customer concern. Key publishers are pushing tighter deadlines, shorter run lengths, and an expectation that when certain titles sell out, more will be produced — quickly — to fulfill demand. To address this, she adds, McNaughton & Gunn is holding some press time open for key customers.

She sees interest in value-added services as “about the same,” and thinks publishers are less interested in flashy add-ons to print than they are in quick fulfillment of orders. Value-adds add time; as such, not all publishers are willing to invest in them. 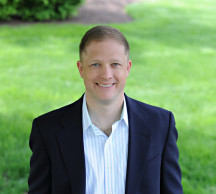 According to Baehr, because manufacturers are increasingly able to handle shorter runs, the industry is not seeing huge, massive runs of many titles. However, Barack Obama’s recently-published memoir, “A Promised Land,” required an initial run of three million copies — an order so large that a third of the books were manufactured in Germany.

Baehr believes the consumer preference for physical books is still strong and, for academic journals and other titles, digital versions do not hold the same level of authenticity.

The Influence of Digital Printing

For McNaughton & Gunn, McFarland sees digital printing as the area in which her firm sees the most growth. While she adds that digitally-printed books comprise slightly less than 10% of the company’s sales, they represent a quarter to a third of the jobs they do. McFarland says while many may assume digital output is best for the self-publishing book market, larger publishers are also taking advantage.

“We’ll do short digital runs for events and launches,” she says, “and use offset [presses] for the bulk of the job.” Further, she adds most publishers do not care about the platform used.

At Core Publishing Solutions, Roth is noticing changes in run lengths and seeing many more runs over 1,500 books. Some runs are over 50,000. His company is seeing opportunities for customers to benefit from digital inkjet color for short-run, extremely lightweight, high PPI papers in both sewn and perfect bind formats.

Instead of moving into digital production, Fetherston reports that Worzalla uses 100% offset technology, and that — for them —  run lengths have lengthened over the past three years. While he mentions that digital made inroads into the book manufacturing space, Worzalla regularly and profitably handles relatively short runs with offset, partially due to efforts to improve efficiency, shorten makeready times, and integrate in-line UV coating.

In reference to digital printing, Baehr notes that for some publishers, digital printing has significantly eased the process of replenishing titles, which served to increase interest in older books that may otherwise be out of print. Baehr’s opinion is echoed by the findings in the NAPCO Research report, which showed that half of book printers see digital printing as a way to fulfill backlist and out-of-print titles.

Digital enhancement technology is seen as a strong opportunity for Core Publishing Solutions, and Roth indicates those technologies were included in its recent capital investment. He believes the investment will be successful. The company previously lost work when it had to outsource embellishment, and he believes giving publishers more options will prove attractive.

McFarland says her company has undergone significant upgrades in workflow, with the goal of minimizing touches from within its digital printing workflow. She also shared that many of the older concerns about digital printing — particularly with regard to print quality — are outmoded.

In addition to Worzalla’s efforts to increase its printing efficiency, the company also works to attract younger workers by improving material handling, thus improving turnaround time and making modern manufacturing more attractive to the next generation of people.

Fetherston says cross-training works to keep employees at the company, noting that millennials and Gen Z want to work “around the company, with different machines, and learn more.”

Surely, any industry requiring inputs to achieve its throughput is subject to the inherent advantages and disruptions of its own supply chain. The NAPCO Research report discusses how fluctuations in materials costs can have a profound effect, particularly on those manufacturers promoting low-cost solutions.

For many book printers and the publishers they serve, the book manufacturing segment is viable — even robust. Depending on the markets served, run lengths required, and approach to book manufacturing, the segment holds strong opportunities for those using either offset or digital technologies.

This reality follows the trajectory of digital printing in other segments of the graphic communications industries, which have shown that digital technology is not a replacement of traditional printing, but an engine for new approaches and innovative models for manufacturing and publishing.