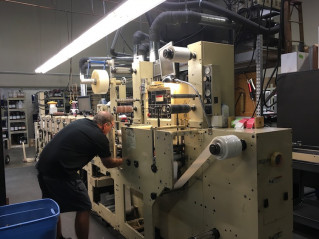 GHENT, Belgium - December 5, 2017 - Installing an effective workflow does not have to be complicated. Within a week, Denver-based Blair Labeling installed Esko Automation Engine QuickStart for Labels, and was able to reduce its manual prepress workload by more than 30%, feeding its five flexo presses and new digital press.

Deciding on an Easy Path to Automation

A few years ago, Blair was using a workflow system that was very difficult to operate. “When we were doing custom trapping, for example, we were manually creating pull-backs on the white undercoat. It was a nightmare,” remembers Marco De La Vega, CFO, Blair. There was a slow transition to Esko tools. “We liked working with Esko because their tools were built into Adobe Illustrator; not as separate software. Once we had some experience, we looked at automating prepress, and decided to invest in Automation Engine QuickStart. 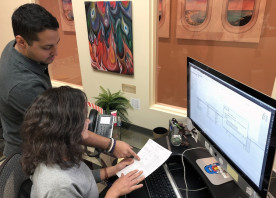 Esko's solution is easy-to-use and addresses the key challenges that constrict throughput and cause inefficiencies in label manufacturing.

The pre-configured, easy-to-use workflow solution addresses the key challenges that constrict throughput and cause inefficiencies in label manufacturing. It includes tasks such as packaging preflighting, checking barcodes including full quality report on the barcodes, trapping, step-and-repeat, Smartmarks and control strips as well as automated job reports.

“The integration was seamless; probably one of the easiest I’ve ever been involved with - and I have worked on many,” remembers De La Vega. “I thought we would need months to set this up and I even called an outside company alerting them that we may need their help for emergencies. However, we never used them. It was all installed and in full production within a week.”

“I spoke with Esko a week before our installation. I told them what we do, our process. They did not challenge it. They did not change naming conventions. They visited and configured Automation Engine QuickStart to how we run our shop,” notes De La Vega. Esko installed the workflow, configured it to specific parameters, database queries and smartmarks Blair required and trained De La Vega and his artist on how to operate the pre-configured workflows. Within just one workday, De La Vega was very comfortable with the system.

Blair has been working with Automation Engine QuickStart for about three months. “One of the primary problems we had was managing products. I particularly love that now I can search our product database and use it as reference - not necessarily just for art. I can easily search for a product, based on a key word on the label. It’s incredible. The system pulls up everything. We can find the job ticket of the last time we ran a job, which shows us if there were any changes - the most up-to-date version of the product. For example, we have a customer that has the same flavored product, but different nutritional copy. It was previously error prone because it was tough to know what copy to use. This system now shows me the correct proof and approved changes made to the copy across the entire board.”

De La Vega was also looking for a system that was foolproof. “It’s nice that 98% of all our jobs can be done automatically. We manually work on 2% of our jobs that involve difficult tasks, but this is the work we would want to do, anyway,” adds De La Vega. “Our prepress artist is very capable and can figure out most issues without help. It’s nice that we do not require a workflow expert.”

Automation Engine QuickStart has effectively eliminated an artist. “I was working on art for all of my accounts; 30% of our business. Our artist completed 70% of our workload,” says De La Vega. “I am now removed from the system and she does it all - and still asks if there is anything else she can do.”

On average, Blair processes about 20-25 individual jobs per day - and each job has 3-4 pieces of artwork on it. Since they added their digital press - around the same time they installed their Esko workflow - the number of jobs has not increased: they have just moved more accounts over to digital to help accommodate the demand on the flexo presses. 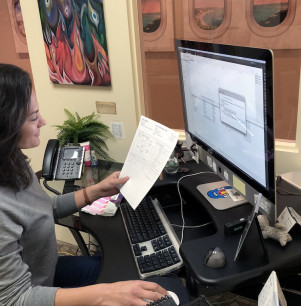 Since installing Esko Automation Engine QuickStart for Labels, Blair Labeling was able to reduce its manual prepress workload by more than 30%.

“The number of copies has increased per job. Per die size, we run anywhere between 20-35 pieces of artwork on digital,” considers De La Vega. ”However, overall we anticipate 6% growth over last year, while platemaking has decreased 10% because of our digital press. As a result, we expect to grow while also realizing cost savings. We select multiple pieces of artwork and the system steps them out. It used to take a long time in prepress. I would absolutely attribute this to the efficiency measures taken in prepress as well as moving a lot of work over to the digital press.”

Blair prints private label water bottle labels on their digital press for a company that, in two months, has required 86 different products. Blair likes to gang the products and run different labels concurrently. “It has saved us so much time. We print five different labels across - whatever five products require the same quantities - and two around,” comments De La Vega. “Before, we could only print labels of the same product. Even with only 15 minutes development work per file, the time adds up. It has allowed us to remain competitive, assuring us that art time is covered in the cost.

Blair has eliminated many operator errors. “The system does exactly what you tell it to do. It will knock out work and show it to you. Before, working on step & repeat, I would sometimes pull the wrong copy. Now the system shows us the correct artwork - and, of course, with the correct parameters, it will print correctly,” says De La Vega.

“Automation has helped us become very productive - and it has been easy to do. And, as we grow familiar with Automation Engine QuickStart, we continue to grow and implement new capabilities,” concludes De La Vega. “Without a doubt, if I were doing this again, I would install Automation Engine QuickStart, and would be willing to risk my job on its reliability. I am confident that there is nothing the system can’t do.”