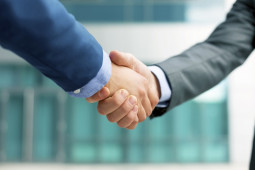 DURHAM, N.C. — August 1, 2017 — Bell and Howell announced today that it has spun off its mail-sorting business and certain parcel-labeling technologies to a new company named Fluence Automation. The newly formed company is owned by a group of investors that includes members of the Bell and Howell sorting-leadership team.

“This strategic move is part of our plan to accelerate Bell and Howell’s continued growth as we extend our capabilities in our traditional mail-production business while also expanding our industry-leading innovation in areas such as e-commerce, robotics and track-and-trace technologies,” said Dr. Ramesh Ratan, president and CEO of Bell and Howell. “This move, along with the acquisition of Sensible Technologies earlier this year, and other initiatives we are currently pursuing, means our mail-production customers can feel confident that Bell and Howell is committed to providing the products and services they rely on – now and in the future.”

Fluence Automation will be led by Bell and Howell’s longtime VP and General Manager of Sorting Mike Swift as president and CEO. “We are excited to build upon Bell and Howell’s success in the sorting and parcel industry,” Swift said. “Our customers will continue to receive the excellent products, software and service that they are accustomed to. In the near-term, we will continue to rely upon Bell and Howell as a valued partner in many areas of our day-to-day business. Fluence Automation will focus on growth in the mail- and parcel-encoding and sorting market, leveraging our sorting-expertise team while collaborating with Bell and Howell in areas such as service support. There are many exciting, new opportunities in our sights.”

“This move is a win-win for all parties involved,” said Gregory Segall, chairman of Bell and Howell, and CEO of Versa Capital Management, LLC, whose affiliates, along with co-investor Access Value Investors, own and control Bell and Howell. “It’s good for the customers, the employees and each company. Both businesses are very healthy and on a significant growth trajectory. With this new direction, each can now focus their time, resources and development efforts to better serve their customers.”