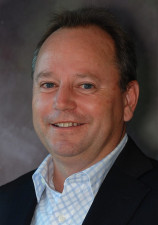 It's 5:30 in the morning in Japan, but Pat Bolan is too excited to sleep.

"Excited to take the company to No. 1 supplier of MIS," he says, over a surprisingly clear phone line.

As president and CEO of Avanti Computer Systems, Bolan has steered the print MIS solutions provider since 2004, when he, Stephen McWilliam and Peter Funnel acquired the company. Since then, they have successfully managed to keep it from being gobbled up by their chief competitor EFI, which has assimilated most of Avanti's competitors in the MIS space over the years.

Last week, though, the 33-year-old Toronto company made the decision to be acquired at last — not by EFI but by its partner Ricoh. In July 2013, Ricoh made a strategic investment in Avanti to help it accelerate product development and expand into new markets.

"Since the initial investment, it's really brought nothing but growth," reports Bolan, surprisingly spirited after his long flight. He's in Japan to attend Ricoh’s Innovation Summit. This acquisition, he says, "was just a natural progression."

Which isn't to say it was a snap decision. He and his partners spent a lot of time considering whether this was the best move for customers, shareholders and employees.

"I just saw benefits all the way around," he says.

Bolan anticipates the acquisition will give Avanti additional resources to add new modules to its MIS offerings. Ricoh's earlier investment allowed Avanti to expand into the U.K., he points out, and that expansion will now continue into Europe. What's more, Ricoh's sales team has sold a number of Avanti Slingshot cloud-based, JDF-certified Print MIS systems over the past few years, strengthening Avanti.

Since hearing the news of the Ricoh acquisition, Bolan says, customers have been supportive.

"I got very, very positive responses from the customers," he affirms. "They thought it was a great idea."

The acquisition will not affect plans for the Avanti User Conference, still scheduled to take place at the Grand Hyatt in Denver from May 23-26. Ricoh has now moved from a Gold to a Platinum sponsor of the event, Bolan says, and the group will take advantage of the location to visit Ricoh's Customer Innovation Center in Boulder.

For right now, though, "It's business as usual," says Bolan, who will remain president and CEO, reporting to Ricoh's chairman of the board. The best part, he adds, is that Avanti's staff won't change either.

"A lot of customers really enjoy dealing with our staff and particular people, and so everybody is staying on," he reveals. "There's no planned changes. So that's good news from a customer standpoint."