Don Kirkland, president of ArborOakland Group, commented; "The acquisition of Utley Brothers Printing was relatively easy compared to actually integrating the two companies; equipment, inventory and most importantly it's people." He continued "With the size of business Utley Brothers, producing in excess of 2.5 million business cards per week, we knew this was not going to happen over a weekend, maybe weeks.  Instead it took months, with lots of planning and patience needed from everyone." 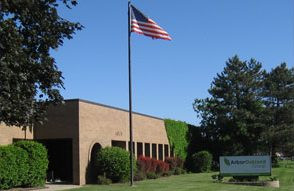 Kirkland and Harrison further realized each company's customer base and production capabilities did not overlap but were instead complimentary to one another. "Doing something together," as Kirkland described it, began with an informal conversation a few years back and got serious after the 1st of the year when Harrison reached out to Kirkland. The acquisition was completed a short time later. Kirkland commented, "I have admired Utley Brothers Printing through the years and was thrilled to bring them into 'the Group'...providing additional value to what they've been providing for a long time to their customers."

Harrison said "the opportunity to become a part of ArborOakland Group meant our family's 70-year old legacy was on a solid foundation while at the same time being able to offer our customers an extensive range of marketing capabilities in a fast moving world." Visit www.arboroakland.com/marketing-solutions for examples.

Kirkland finished up by saying, "I can't think of a better way to celebrate ArborOakland Group's up-coming 50th anniversary than to join forces with a company with as much history as Utley Brothers Printing ... we are learning a lot from each other.  Not only are we thrilled for the opportunity of working with new customers but we are excited to bring on the entire staff of Utley Brothers Printing, including its owners; Andy and Ashley Harrison and add to our already experienced team."