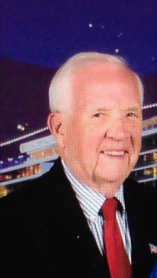 A. (Albert) John Geis Jr., who worked for several printing/publishing companies before joining the former Graphic Arts Technical Foundation (GATF) in Pittsburgh, and then launching a career as an industry consultant specializing in assisting printers with plant expansions that optimized workflows, passed away Jan. 6 in Chapel Hill, N.C., at the age of 86.

Raised in Danville, Ill., Mr. Geis went on to get an engineering degree from Purdue University in 1953, and eventually earned an MBA from Ohio State University, where he attended night school for six years.

Although he started out working in Aruba for a subsidiary of Standard Oil, Mr. Geis was destined for a career in the printing and publishing industry. He worked for the former McCall's in Dayton, Ohio, which in the early 1960s was a 400,000-sq.-ft., 24/7 printing operation that printed nearly 50 magazines, including McCall's, Newsweek, Red Book and Popular Science, as well as dress patterns. Mr. Geis also worked for Columbus, Ohio-based American Education Publications, which published the My Weekly Reader, a weekly publication that, in its heyday, was distributed to more than 5 million elementary school children. 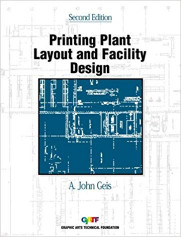 He also was employed at Western Publishing (also known as Western Printing and Lithographing) in Racine, Wis., a printer and publisher best known for producing the "Little Golden Books" children's books and other family-related entertainment products; and at Summersville, W.V.-based Bright of America, a company known for developing the market for laminated placemats, as well as for printing posters, key tags, magnets, plaques, calendars, planners, greeting cards and stationery on its Heidelberg presses.

Following his time working at GATF, Mr. Geis launched his own consulting business in 1989. He authored two well-known technical books through GATF: "Printing Plant Layout and Facility Design" and "Materials Handling for the Printer." He also presented many expert seminars and wrote several articles for printing journals, including Printing Impressions. Mr. Geis and his wife Lou Ann moved to Chapel Hill in 1992, where he continued his consulting business.

Mr. Geis was also very active in several graphic arts industry honor societies. He was elected a Fellow of the GATF Society of Fellows (which later became part of the Ben Franklin Honor Society), serving as its chair, and the Research & Engineering Council of the Graphic Arts, also serving as chair of its Nonpareil Society. He also served on the Print and Graphic Scholarship Foundation board of directors, receiving its Harold W. Gegenheimer Achievement Award.

Aside from his professional pursuits, Mr. Geis had a lifelong passion for competitive swimming. He lettered in swimming all four years in high school, finishing third in the individual medley in the Illinois State championship. Mr. Geis was also a member of the swim team while at Purdue. And he served two years as a lieutenant in the U.S. Army Corps of Engineers, where he was an Army deep-sea diver, serving in Greenland, Labrador and Newfoundland.

After moving to a retirement community in 2014, Mr. Geis resumed active swimming, which led to his competing in the North Carolina Senior Games and winning four gold medals in 2015 and 2016. He concluded his competitive swimming at the 2017 National Senior Games in Birmingham, Ala., where he won two gold, one silver and one bronze medal in the 85-89 age bracket.

In addition, Mr. Geis loved international travel on cruise ships with his wife, which enabled them to visit all seven continents. He was also raised as a Master Mason, of which he remained active for many years.

Recap of the Second Day of CI Conference