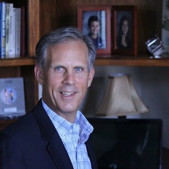 Mr. Killion, of Mason, Ohio, spent 24 years working at xpedx, a division of International Paper. From February 2004 to August 2009, he served at xpedx as director of sales and marketing for the Eastern region. And from August 2009 to January 2014, Mr. Killion was director of marketing, overseeing xpedx’s then-$200 million graphics business in Loveland, Ohio. In July of 2014, International Paper spun off its xpedx distribution business, which then merged with Unisource Worldwide to become Veritiv Corp.

Following the merger, Mr. Killion was self-employed for three years as a consultant and the proprietor of Vivate Strategies LLC.

He will be remembered by those people in the graphic arts who knew him to be gentle, resilient and patient — an individual who made a positive impact on everyone he met.

A 1982 graduate of Cardinal Mooney High School in Rochester, N.Y., Mr. Killion attended and graduated from the Rochester Institute of Technology (RIT) in 1988 with a bachelor of science, business and marketing degree. While in college, he also played on the varsity soccer team.

Mr. Killion is survived by his wife, Tina; two children, McKenna and Braedon of Mason, Ohio; his parents Paul and Fritzie; and brothers David and Donald (Kristen) of Rochester, N.Y.

A celebration of his life was held July 15 in Mason, Ohio. For those seeking to honor Dennis Killion, the family requested at the time that contributions be made in his name payable to City Gospel Mission at www.citygospelmission.org/donations/give-donation/ or by mail to: City Gospel Mission, 1805 Dalton Ave., Cincinnati, OH 45214.

Are You Using Alternate Paper Due to Shortages?