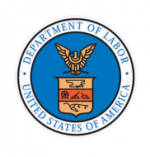 The U.S. Department of Labor (DOL) announced April 10 that it has entered into a consent judgment with Philadelphia-based commercial printer Bartash Printing requiring the company to pay $273,892 in back wages and liquidated damages to 136 temporary employees for violating the federal Fair Labor Standards Act. In addition to the back wages and liquidated damages, the DOL reported that Bartash agreed to pay a civil monetary penalty of $31,350, making the total amount of the fine $305,242.

Under the agreement, back wages will be paid to the temporary employees who worked as machine operators and general laborers at Bartash, a publication and newspaper web printing specialist regarded to be the largest coldset web offset printing operation in Philadelphia. Bartash operates out of a 100,000-sq.-ft. facility and employs approximately 250 workers. The privately held company was ranked No. 124 on the 2016 Printing Impressions 400, reporting most recent fiscal year annual sales of $39.75 million.

An investigation by the department’s Wage and Hour Division found violations of the FLSA’s minimum wage, overtime and record-keeping provisions.

According to the DOL, Bartash used a temporary help agency, VQ Management — doing business as Managed Staffing and/or Best Staff — to acquire the workers, but failed to ensure they were paid the legally required wages. The temporary employees were paid $6.25 per hour in cash, below the required federal minimum wage of $7.25 per hour. The DOL also said Bartash failed to ensure that the workers received the required overtime payments when they worked beyond 40 hours in a given week. In addition, the investigation determined that Bartash failed to maintain the required payroll records for these workers.

"Although Bartash acquired workers through a temporary agency, it still had a legal responsibility as a joint employer to ensure that the workers received proper wages as the law requires," said James Cain, director of the Wage and Hour Division’s Philadelphia District Office. "The resolution of this case should inform other employers who may acquire employees through a temporary help agency — it illustrates their responsibility to ensure that these temporary workers are being paid in compliance with the law.”

The FLSA mandates that covered, nonexempt employees be paid at least the minimum wage of $7.25 per hour, plus time and one-half their regular rates, including commissions, bonuses and incentive pay, for hours worked beyond a 40-hour work week. Employers also must maintain accurate time and payroll records.