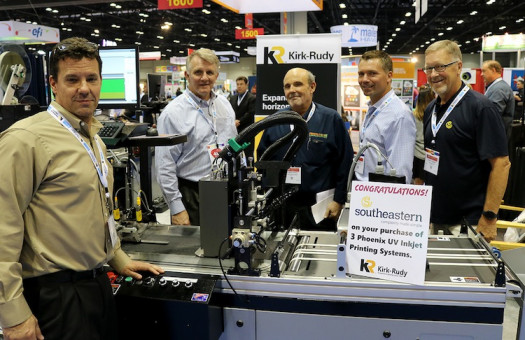 The Phoenix provides Southeastern with high-speed addressing capabilities at speeds of more than 45,000 pieces/hr. Utilizing ultra-violet (UV) ink technology allows not only for faster speeds — as the ink is "cured" immediately after it passes through the LED UV curing unit — but also the ability to print on almost any substrate with a high-quality image.

The purchase of these new high-speed systems replaces older technology from another manufacturer. Two of the Phoenix systems are located in Miami and the other at the Stuart, Fla., operation. Richard Sierra, GM at the Miami plant says, "The Phoenix is amazing. It just keeps running and running. We’re about to explode with political mailing and we’re happy we have the Phoenix.”