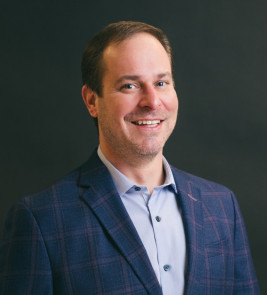 For Adam LeFebvre, president of direct mail printing and mailing powerhouse Specialty Print Communications (SPC) in Niles, Illinois, the road to success has had a few interesting detours. But with a strong family presence in the printing industry, along with a drive to succeed he inherited from his father, LeFebvre is a living testament to the idea that hard work does, in fact, pay off.

LeFebvre’s industry accomplishments and leadership have also paid off with his induction into the Printing Impressions/RIT Printing Industry Hall of Fame class of 2022.

LeFebvre’s love of printing started early, as he remembers going to work with his father who, he notes, was incredibly transparent about the business as he grew up. “I had this incredible visibility into what he did and what the business looked like,” LeFebvre recalls, “and into a lot of business aspects you wouldn’t typically be exposed to as a child. But it didn’t matter if things were good, bad, or indifferent — his door was always open.”

As early as 6 years old, he remembers running the paper cutters, and being fascinated with the entire printing process. “My love of business grew from those weekends with dad,” he says. “I got to go in the mornings and work a few hours with him, and the addiction was born. Better to be addicted to printing than other things!”

As LeFebvre grew up, he anticipated getting into the family business full-time once he graduated from college but, unfortunately, that wasn’t to be. Business had declined, and LeFebvre’s father was ultimately forced to close the doors. However, the family had two smaller mail-order operations separate from the main business at the time that his father offered to sell to him.

“They were super small — combined they did about $200,000 in revenue and lost money every year,” LeFebvre notes. “They mostly sold lapel pins, badges, and printed stationery. So, I bought those and started out.”

After a year, he was able to invest in a six-color Heidelberg sheetfed offset press, followed by the installation of a web offset press in the fall of the following year. This allowed him to take the business to the next level, especially since his father joined him.

In the early years, LeFebvre notes, the company was targeting the very commoditized syndication printing space, but “buyers couldn’t buy it cheap enough to save their lives,” he remembers. He had grown that initial $200,000 in revenue to $500,000 the first year, $1 million by year two and, with the addition of the new presses, $6 million by year three. “By 2003, with the help of my younger brothers, I recognized that we couldn’t just be a commodity print provider. We had to do something that would make us different from everyone else.”

That was the start of LeFebvre’s journey into digital printing, installing one of the very first Kodak NexPress machines — with a serial number of 10 — so he could begin to explore the world of personalization. “We didn’t know what we were doing, but pretended that we were exceptional. You can’t tell people you’re a newbie; you have to get out ahead of yourself.” 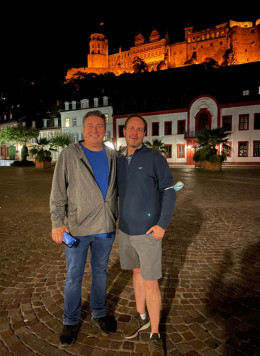 In 2009, SPC expanded once again, when LeFebvre decided to get into the postal side of the direct mail business. “At the time, the industry was having a hard time and the economy was struggling, but here we were expanding. When a couple of lettershops went out of business, we bought their equipment, and found ourselves in the mailing business.

“We hired an expert who had been running his own little shop, and he came in to help us establish ourselves — and boy did he do a great job,” LeFebvre continues. “At the time, we had no idea what it was about, but we knew we wanted to be in it.”

“Adam is very intelligent, has a tremendous business sense, financially sound protocols, superior marketing and sales skills, and most of all, a great sense of humor,” points out Craig Connington, director, Commercial Middle Market, at BMO Harris Bank. As both a friend and employee at the main bank of LeFebvre’s company, Connington discovered firsthand LeFebvre’s drive to succeed. “About eight years ago we partnered with Adam and SPC during a tough cycle, and worked together to provide support to the company.”

For the next several years, LeFebvre notes, SPC focused on customer acquisition and sales growth. “Now that we were in the mailing and lettershop business, we were really starting to be able to talk to customers on a national scale. We were not experts, but just willed our way by doing great work for them.”

“Adam is a marketer at heart who really gets excited when presented with a client challenge,” John Gaspari, SPC’s VP of operations, notes. “Time and time again he’s made smart, sometimes risky, investments to help our clients be successful. He also grew up in a family business, so everyone at SPC — no matter their title — are like family to Adam. That sense of support and loyalty is ingrained in the SPC culture.”

By 2016, LeFebvre says, SPC was “busting out of the facility,” so it was time to move, more than doubling the footprint of the company, which in turn allowed him to bring on additional personnel. “That really just brought a whole new skillset to our business,” he adds. “From 2016 to today, all of a sudden it feels like we became a mature, highly capable business.”

But that doesn’t mean LeFebvre is interested in slowing down. His passion for print has never waned, and he is just as excited about the industry today as he was at 6 years old. “There’s always somewhere new to go, new equipment to acquire, new growth to explore. Maybe that’s why I’m being inducted into the Printing Industry Hall of Fame — I’m never satisfied,” LeFebvre says. And that attitude has paid off. Even accounting for the challenging environment of the past several years, SPC generated nearly $100 million in sales last year, placing it No. 59 on the 2021 Printing Impressions 300 ranking of the largest printers in the U.S. and Canada.

He doesn’t attribute this success to his own hard work and determination, however. “The answer is beyond the courage and willingness to push forward, to take chances and keep moving the needle. The real answer to SPC’s success is our customers and our employees.”

“During the past seven years I’ve known and worked for Adam, I have seen firsthand how he was able to navigate and succeed during some of the most challenging times in our history — with COVID-19, paper supply chain issues, and labor shortages,” David Parzynski, CFO of SPC, says. “His vision and drive have made SPC a market leader.”

LeFebvre points out that the success has been a company-wide team effort. “Our goal every day is to make sure we are bringing innovative opportunities to our customers, and to make sure we can create a better ROI than someone else. In today’s market, the only way someone stays in a marketing channel is if it’s producing for them, so our goal is to continually work better and smarter,” he says.

“And we can’t do any of that without the magic of the roughly 400 talented people we have employed today. A lot of them are-starting to envision retirement, which is crazy — they have been with us for 10, 15 years or more, and it’s been incredible.”

SPC has also succeeded by partnering with key vendors. “Over the years our relationship has expanded from vendor, to partner, to a friend,” Eric Chung, manager of Production Print at Canon Solutions America, notes. “His belief that a ‘high tide raises all boats’ is clearly shown in his industry leadership. Adam’s willingness to share with other commercial printers and open his doors — even to those he competes with — and share his vision has established Adam and SPC as a key leader across the U.S.

“Beyond the day-to-day business, what makes working with Adam so enjoyable is his integrity, openness, and his sincere concern for you and your company to be successful,” Chung adds.

SPC is still a family business as well, with his father continuing to work behind the scenes — although he is semi-retired these days. And LeFebvre’s younger brother joined him on the sales team, with Adam’s two children, ages 12 and 16, likely to be next. “I say I don’t want them working in this business, but it’s our life, and they love it as much as I do,” he says. “So maybe in 30 years they’ll be the next inductees into the Hall of Fame.”

“Adam graduated college at the time of my largest distress, and ran three small businesses on his own for the first year,” Adam’s father, Paul LeFebvre, says. “He has developed some of the best negotiating skills with both customers and the supply side, and has put together one of the best and well-rounded teams in the country. This is the biggest [success] of all, as that was my mistake in not understanding the need for a good CFO. Adam is truly a leader in life and in business.”

One thing is clear: Adam LeFebvre comes by his work ethic and passion honestly, and he is instilling that love of print in the next generation, even as he looks ahead. He is never afraid to fail, which allows him to take risks others might avoid — a philosophy that has allowed him to grow a $200,000 business into a thriving, $100 million direct mail and commercial printing operation that isn’t showing signs of slowing down any time soon.