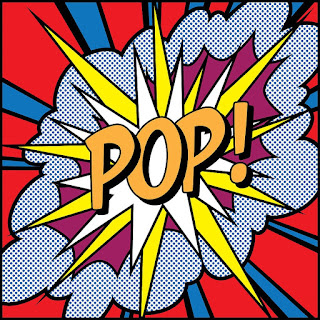 As brick-and-mortar stores fight it out with online retailers, the in-store experience becomes an increasingly important reason why shoppers will still drive to and spend time in a traditional store. Retailers and product manufacturers are counting on unique and attractive printed displays and graphics, as well as creative packaging, to create the difference that keeps shoppers coming. The Midwest printing company with the unusual name, Imagine! Print Solutions, clearly tapped into this differentiating trend and has evolved from its core origin as a generalized commercial printer into a powerhouse printing company focused on point-of-purchase displays, high-end folding cartons, and prime labels. A critical factor in point-of-purchase projects, and the icing on the cake that makes a huge difference for Imagine!’s customers, is the company’s capability to assemble components into kits that are ready to ship nationwide to hundreds or even thousands of retail locations.

When Oak Hill Capital Partners announced the acquisition of Imagine! Print Solutions in January, it was clear that the acquired company was not considered a general commercial printer, but rather a “differentiated provider of in-store marketing solutions, delivering point-of-purchase and point-of-sale marketing campaigns.” Lest owners of generalized commercial printers take heart that private equity has become once again enamored with the printing business, they may want to look more deeply into the acquisition targets that PE firms have actually acquired. We suspect you’ll find that the target company offers some unique service, competency or specialization that serves a desirable market segment. In addition, growth and scale do matter – Imagine! Print Solutions recently reported revenues of $303 million, built both organically and through intelligent acquisitions.

Another company on the move in the point-of-purchase segment is Holland & Crosby, a grand format, retail signage and display specialist printing company in Mississauga, Ontario. H&C announced in January the acquisition of Colormark, and added that the combined companies will be moving into a larger facility. The acquired company has significant expertise in large format multi-color screen printing, as well as digital wide format. Notably, the company provides kitting, fulfillment and distribution services. Common to both companies is a laser-like focus on the printed retail environment.

Point-of-purchase printing companies have been in demand over the past year and the target of some very well-heeled and selective acquirers. These specialized printing companies understand and implement the complex requirements beyond just the printing, often starting with the physical and graphic design. After presswork is complete, these companies mount, diecut, assemble and distribute the store-ready kits.

Including Imagine! Print Solutions, we count ten acquisition in the past twelve months in which the acquired company had deep expertise in the POP segment. In December 2015, WestRock acquired Cenveo Packaging with six production facilities including Cenveo’s litho-laminated merchandizing display business, in addition to folding cartons. California-based Dome Printing purchased two companies, Bel Aire Displays and Color Solutions. Both transactions are moves for Dome into the retail display space (see The Target Report – Oct 2015). Menasha Corporation, the country’s third oldest continuously operated privately owned company, with sales in excess of $1.5 billion, has appeared on our deal log four times in the past two years, each time as the buyer of a company with strong point-of purchase expertise.

Verso Corp., producer of printing papers, backed by Apollo Global Management, filed for Chapter 11 bankruptcy in January. According to company management, the plan is to continue operations, shed debt with the end result that senior debtholders gain equity in the reorganized company. Although management blamed a “confluence of external factors, including an accelerated and unprecedented decline in demand for [its] products,” the bankruptcy comes as no surprise; the bankruptcy filing has been widely expected since Verso acquired competitor NewPage Holdings in January 2015 after a year of protracted disputes about the efficacy of the merger (see The Target Report – Jan 2014).

The acquired company, NewPage, had itself filed Chapter 11 in 2011, and in the process shed about $2.7 billion in debt obligations. In the current bankruptcy proceeding, Verso plans to eliminate another $2.4 billion through the restructuring process.

In addition to the Verso bankruptcy, transactional activity in the paper segment remains brisk. In the past twelve months, the Target Report has noted the sale of six paper mills and the closure of three mills. In addition, we noted the merger that resulted in the large paperboard manufacturing and packaging printer WestRock (see The Target Report – Jan 2015).

Xerox announced that it will split into two separate publicly traded companies, essentially unwinding the strategy it embarked on when it acquired Affiliated Computer Services in 2010 - the goal was to sell Xerox’s corporate clients much more than document printing and processing. The business acquired in that deal will now be spun off into a new company focused on its original core of business process outsourcing and will have approximately $7 billion of revenue. The remaining, and larger segment, with about $11 billion in sales, will be the more familiar Xerox business focused on document technology and management. Although it has not been announced, we presume that this larger unit will retain the name and brand equity built into the Xerox name.

Not to be left behind by EFI and Epson, both of which recently acquired Italian textile printing companies (see The Target Report – July 2015), Mimaki acquired Italian La Meccanica Costruzione Tessili, a manufacturer of digital printing and other textile material handling machines. Ricoh also got into the textile mix, acquiring AnaJet, a manufacturer of direct-to-garment printers that enable personalized production of garments without the setup costs of screen printing and/or the extra steps required in the dye transfer process. The AnaJet machines have relied primarily on Ricoh printheads.

Acquisitions in the packaging segment continue to support the notion that the big players need to be adept at serving multi-national clients with production facilities in the major international markets. Amcor, based in Victoria, Australia, paid just over one times revenue to acquire Deluxe Packages located in California. Amcor also expanded its position in China in January, acquiring flexible packaging printer BPI China.

Private equity firm AEA Investors acquired Inovar Packaging Group in Arlington, Texas. Inovar produces a full range of packaging, including flexible packaging, pressure sensitive labels, shrink sleeves, and folding cartons. Fortis Solutions Group, which acquired two companies in June 2015, is back on our deal log, this time acquiring the label printing operation of its long-time customer Smithfield Foods. (We have seen this strategy before, such as when Transcontinental entered the flexible packaging business with the acquisition of an in-plant operation, securing the ongoing business as well – see The Target Report – March 2014).

Lamitech, a New Jersey converter and supplier of paperboard and converted products, acquired Signature Food Boards, an operating division of General Die & Die Cutting.* The line of laminated and diecut products is sold globally to bakeries, and is now an extension of Lamitech’s existing line of food packaging products.

VC-backed Mimeo, an online ordering system for print, acquired the assets of HubCast, the global distribute-then-print network. Mimeo has US manufacturing locations in Memphis, Tennessee and Newark, New Jersey with additional plants in the UK and Germany. The addition of HubCast adds a global network of pre-certified HP Indigo print providers to the Mimeo platform.**

Thomson Printing, a commercial printer in St. Charles, Missouri, acquired Giant Hat, a digital marketing agency which specializes in website and development of apps. Sandy Alexander, the diversified commercial printer in Clifton, New Jersey, took another step in its evolution to become a provider of diverse marketing production support services with the acquisition of MCT/Liquid. The provider of premedia services will be combined with Sandy’s existing NYC-based visual media production boutique Salt Studios.

How to Turn Failure into a True Disaster

Overlooking Opportunities to Grow Your Business