Partner Voices What's This?
Perforating is one of the simplest yet most value-enhancing finishing techniques that can be applied to a sheet of paper. As a leading developer of finishing technologies, MBO offers solutions for every perforating requirement.
Facebook Facebook Twitter Twitter LinkedIn LinkedIn Email Email 0 Comments Comments 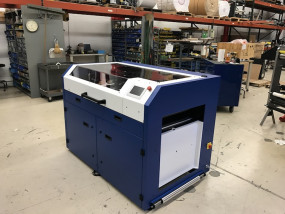 When perforated sections are pulled from direct mail pieces and other kinds of printed matter, things start to happen. People pay their bills. They order products and services. They collect coupons for redemption. They request information. Perforating puts the ability to do all of these things literally into their hands.

Perforating has been a standard practice in postpress for decades, but in recent years, the characteristics of many of the jobs that require perforating have changed. They’re produced in smaller quantities and, often, in multiple versions within the same run. Limited to perfing every piece in one way and one way only, conventional perforating systems were never meant to deal with the variable complexity of digital print production workflows.

Static perforating on standard diecutting equipment still has an important role to play in post- print processing. Today, however, perforating also needs the flexibility to keep up with digital printing demands.

Flexible perforating produces results similar to perfing with standard diecutting equipment, but with one key difference: flexible perforating can introduce variable patterns of perfing into the workflow as the job requires. MBO offers two methods: “timed” perforating, which can be programmed to cut perfing lines in single or multiple locations on the sheet; and dynamic perforating, which resembles digital printing in being able to vary the pattern of the perfing from sheet to sheet.

Sometimes it’s very helpful to perforate flexibly. At other times, static techniques work perfectly well. Flexible perforating systems are generally only capable of making patterns using straight, perpendicular lines, so they aren’t for jobs needing contoured shapes. Standard dies and tools are available in almost any shape that can be imagined.

The processes are complementary: flexible perforating for straight-line cuts with variable patterns and/or placement; standard perfing dies for contoured shapes and custom work. 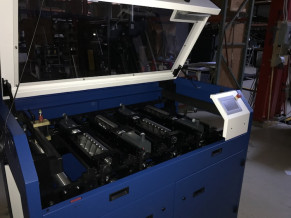 With a web width of 22" and an operating speed of up to 500 feet per minute, MBO’s Dynamic Perforator can apply scalable cross and linear perforations to any digital web application.

Even though flexible perforating methods are limited to simple, straight-lined patterns, they can still respond to changes in job requirements. This is an important advantage in commercial print environments where the printing of each job may be different but where the finishing tends to follow the same patterns because of the fixed nature of diecutting and other finishing processes.

This points to how flexible perforating satisfies an unfilled need in the printing industry. In traditional printing, reproduction is static, and so is the finishing - including the perforation, which can’t change while the job is in progress. In the digital world, on the other hand, content varies, and static perforation isn’t sufficient. Flexible perforating lets the perfing take cues from the printing so that none of the advantages of digital production are lost.

Printers have strong incentives to consider installing a flexible perforating solution. This is because in digital production environments, flexibility isn’t just a competitive edge - it’s an operational necessity.

MBO provides systems for all methods of perforating: rotary diecutting modules, timed perforator modules, and dynamic perforating modules for use in web production.

The new dynamic perforating module by MBO, described in more detail below, can be run on web presses and web-based finishing lines with minimal setup and makeready.

Think of an 8.5” x 14” letter with a tear-off remittance slip. Recipient A’s letter consists of four pages, but recipient B’s page count is different. Without a dynamic system to place the perfed slip on the correct page, the letters would have to be finished separately. Dynamic perforating finishes both of them as parts of the same run.

Similar applications include convenience checks, transpromo mailers, and paper “credit cards” sent as samples of the real thing. Dynamic perforating also can be added to folding lines to improve the quality of that process. For example, in self-contained check mailers that tear off on three sides, perforating prior to the fold makes the strips easier to tear and remove.

MBO’s Dynamic Perforating solution is a module for digital web finishing. It is installed on the web side of the finishing line, upstream of the sheeter, so that the variable perforating takes place before any other finishing step is applied. It can variably perforate single- and multiple-page statements, certificates, coupons, vouchers, and other types of promotional media. 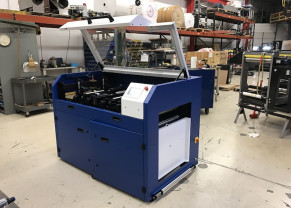 With a web width of 22” and an operating speed of up to 500 feet per minute, MBO’s Dynamic Perforator can apply scalable cross and linear perforations to any digital web application. Because the machine is easily expandable with additional perfing cassettes, its capacity can grow to meet future requirements.

The Dynamic Perforator has numerous features for precise, dependable operation. It accommodates up to six full width, hardened anvil cylinders (the surfaces between which and the perfing blades the web passes). Each of its lanes supports either cross or linear perforation cassettes.

Perfing blades and discs are easily changed and do not require specialized tooling.

Machine controls are designed for high-efficiency processing and output. All perforations are automatically initiated and registered by reading either a bar code or an OMR (optical mark recognition) image. The color touchscreen of the operator station makes it easy to store and recall perfing patterns for repeat applications.

The small footprint of this free-standing, self-contained unit lets it function either as a component of an existing finishing system or as an add-on to a press. Entirely designed and built by MBO, the Dynamic Perforator module will be available for commercial shipment by the first quarter of 2018. Lettershops and other plants with a concentration in direct mail should take a serious look at what MBO’s Dynamic Perforator can add to the efficiency of their digital print-and-finish workflows.

Perforating is one of the simplest yet most value-enhancing finishing techniques that can be applied to a sheet of paper. It’s a time-honored technique that now has the flexibility to cope with the challenges that digital print production are setting before it. As a leading developer of finishing technologies, MBO offers solutions for every perforating requirement. For further information, please contact Lance Martin, Vice President, National Accounts, MBO America: (609) 267-2900; lance.martin@mboamerica.com or download the white paper, “Flexible Perforating for Fast-Paced Finishing.”