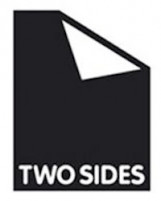 LONDON - September 19, 2017 - Two Sides research into more than 600 of the world’s leading corporations, including banks, utilities, telecoms and insurance providers, has shown that a total of 460 of those companies have been using misleading and unsubstantiated environmental statements, despite specific advertising legislation to protect consumers in many countries. To date, 278 of those companies have removed such statements as a result of ongoing engagement by Two Sides.

“We’re really pleased that Two Sides is having such a significant effect on some of the world’s largest and most influential organizations. But there is no room for complacency, and there is still a great deal of work to do with the remaining companies that continue to mislead their customers,” says Martyn Eustace, Chairman of Two Sides UK.

Internationally, Two Sides teams are continuing to tackle greenwash in their respective countries, and this has yielded positive results.

North America
Phil Riebel, President of Two Sides North America, comments: “Over 88 major corporations, including many of the Fortune 500, have now changed or removed misleading environmental claims about print and paper to comply with country-specific environmental marketing guidelines. Our discussions with Chief Marketing Officers, Chief Sustainability Officers and others, have been very productive and we are pleased with the collaboration of North America’s leading organizations. Thanks to an overall better understanding of the unique sustainable features of paper products, “go green - go paperless” and “save a tree” claims are gradually disappearing from the marketplace.”

Australia and New Zealand
Kellie Northwood, Executive Director, Two Sides Australia and New Zealand, comments, “It is our responsibility as an industry, but also as part of broader environmental education, to challenge misinformation about the impact of communication channels. Greenwashing is a threat to our industry and we work very hard to ensure companies making the wrong claims correct their communications. Of the companies we have contacted in Australia, 73% have altered their anti-print messaging, and the remaining we continue to engage with.”

Brazil
“This year Two Sides Brazil has chosen the fight against greenwashing as a number one priority,” says Fabio Arruda Mortara, Country Manager for Two Sides in Brazil. “Reaching an agreement with the public sector, towards the withdrawal of several instances of misleading content on websites or public declarations, was probably our best achievement in 2017. Brazil has just become the second largest pulp producer in the world, showing the importance for widespread environmental education in such a large country. Everyone in the world has the right to know that print and paper are not hostile to the environment and add immense value to our civilization.”

South Africa
Deon Joubert, Executive Director, Two Sides South Africa, adds: “We continue to engage with corporates and government institutions regarding their environmental messaging to their customers and citizens. There remains a concern that conventional wisdom linking the use of paper to the destruction of forests remains prevalent and unchallenged. Not only are plantation trees grown to be harvested, just like any crop, these plantations provide commercial and surprisingly good environmental benefits to our world.  In addition, in a recent Toluna research project conducted in South Africa, 92% of consumers want to be able to choose how they receive communication from corporations and government.”

Colombia
“During the first year of the campaign, we collaborated with the Government to remove any mention of ‘zero paper’ from their National Development Plan for the next four years,” says Isabel Riveros, Executive Director, Two Sides in Colombia. “However, the challenge continues. We must contact every company that is using greenwash, and make them understand that the process of paper production can be a sustainable one.”

France
“Our research shows clearly that consumer’s perception on the sustainability of print and paper is negatively influenced by marketing of digitalization,” says Hadrien Cottin, Two Sides France. “We will continue to engage organizations with the facts how paper based communications are a sustainable choice.”

UK
Jonathan Tame, Country Manager, Two Sides UK, adds, “We have an active campaign to research and remove greenwash in the UK, with a very encouraging response. 83% of all companies we have engaged have agreed to remove misleading messages, and in many cases, we have helped organizations amend their marketing communication guidelines.”

Martyn Eustace concludes: “Consumers should not be misled and encouraged to go ‘paperless’ through the use of misleading ‘green’ marketing. The environmental and social benefits of paper are being overlooked by these false and damaging messages. Based on our consumer surveys, the majority of consumers recognize that paper is a renewable and recyclable product that, if responsibly produced and used, can be a sustainable way to communicate – while also providing real benefits of tangibility, authenticity and authority that can be lacking in electronic communications. Forests are a precious and growing resource, and the forest and paper industries are some of their most important guardians.”