Printing company owners often lament how difficult it is to develop a succession plan as part of an exit strategy, especially with the lack of young talent — sometimes even their own children — choosing the graphic arts industry as their career path. Handing the keys of an establishment over to its next-generation leadership or ownership team before heading off into the sunset is no simple exercise, especially for a family-owned enterprise, when few options exist. 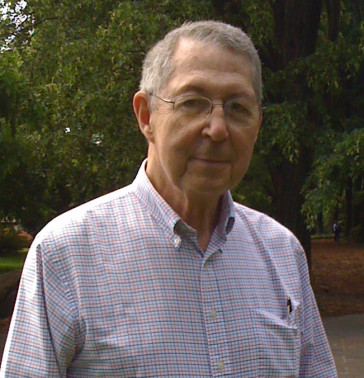 One industry stalwart who sold his family printing business didn’t want to ride off into the sunset. Charles Henry, who will turn 90 years old this July, sold Greensburg, Pa.-based Chas. Henry Printing — a business founded in 1898 by his grandfather — to Knepper Press in 2001. The sale included a consulting agreement for Henry to stay on for two years ... but he never left.

His career has spanned the industry transition from letterpress to offset, and from Linotype and Monotype typesetters to computerized typesetting. Chas. Henry Printing embraced offset printing in 1938 with the installation of a Multilith and an ATF Chief. Henry worked there in multiple capacities during that time period, but couldn’t officially go on the payroll until 1944 when he turned 14. He served as president from 1963 until the company was sold.

Henry still drives by the old Chas. Henry Printing building, occasionally. “Boy, I’m glad I don’t have to do that anymore,” he admits. “Worrying about making payroll, and spending all of my nights and weekends doing the estimating and design work for the company.”

Henry views the technology advancements in platemaking to a computer-to-plate process, and those in typesetting, as being the most profound improvements he’s seen during his long career.

“As long as I’m able to do it, I want to keep working,” proclaims Henry, who still drives to visit his roughly 25 active accounts dispersed throughout Pennsylvania. He admits that the “typical” print buyer has changed in recent times. “There are less professional print buyers today,” he says, “and the young buyers don’t want to meet with you in person, or even talk on the phone. Instead, they want to communicate by email or through text messages.”

However, just as Henry has been able to transition from selling letterpress printing to offset output, he relies on his technical knowledge and consultative selling skills. “Lots of people who buy printing don’t know much about the technology, so they like to turn to an old guy like me to help find sources and answers to their technical questions.”

But if Henry may admit to being old, he certainly doesn’t spend time in a rocking chair thinking about it. He plays a violin and viola in a local symphony, performs in a string quartet, actively participates in a book club, oversees the website and authors a newsletter for his local church — and is even writing copy to update Knepper’s website.

Oh, and he played tennis regularly, until grudgingly giving it up in August 2016 because he couldn’t bend over easily to pick up the ball due to his rheumatoid arthritis. “I also had lung surgery about a year ago,” Henry says matter of factly. “But, thanks to robotics, I was only in the hospital for five days.”

A father of three who was married to his first wife for more than 50 years until her passing, is now happily remarried to his second wife, herself a widow, for almost 15 years. Henry adds he was mostly a vegetarian for the last 50 years, and has shifted to a complete vegetarian diet for the past 15 years.

With a passion to continue participating in an industry he loves — and a mind still as sharp as a knife — nearly 90-year-old Charles Henry is an energetic industry star who continues to shine ever so brightly. If only all of our lifetimes could be so blessed with his sense of joie de vivre.