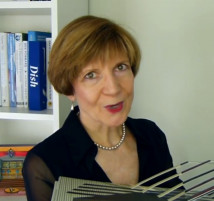 In our fast-paced society, how do you convince people to slow down long enough to enjoy the music you create? In the case of American indie rock band @wilco ’s limited-edition release of their album “Ode to Joy,” you create packaging that uses interactive paper elements, mesmerizing patterns and minimal text to prepare the listener for the stripped-back sonic experience awaiting them inside. Think of it as a music video in print.

Designed by Lawrence Azerrad of LAD Design (https://laddesign.net/ ) and printed by Lake County Press (https://www.lakecountypress.com/ ), this packaging won the Grammy award for “Best Boxed or Special Limited-Edition Package,” and it’s easy to see why.

The box itself is extremely minimalist, featuring the band and album name in tiny lettering on the 80 lb. Mohawk Superfine Ultrawhite Smooth Cover lid. That lid is taken up by an amorphous die-cut circle with a Spot Satin UV coating against a subtle Yellow and Black background which features a soft touch coating. Not only does this create a nice haptic juxtaposition but, for that extra special touch, you can see – and feel – the outline of the circle. That is because it was actually die cut and then remounted!

Lifting the lid provides a first glimpse of the album itself, its Black jacket made from 160 lb. Mohawk Superfine Ultrawhite Smooth Double Thick Cover. In this case, though, the circle is debossed.

Tugging the handy ribbon pull provided brings up something that is far heavier than a simple vinyl sleeve: an extraordinarily chunky book! (Incidentally, the bottom of the box contains signatures in red Sharpie from all 6 members of the band – nice touch!)

Though tempted to go right for the book, I open the album sleeve first, and find inside a lyric sheet printed with Black and Silver ink on 80 lb. Mohawk Via Vellum Pure White Text.

Enough delayed gratification – let’s get to that intriguing book!

Once more there is the large circular deboss, more subdued this time because it is a blind deboss set against fabric – a Holliston Arrestox Canvas linen wrap to be exact. Along the spine are the band name and album title in White hot foil stamping, as well as a blind deboss logo.

Opening the book reveals that it’s been hand-numbered out of a total of 1,000 copies. Turn the page and – pow – we get our first pop-up!

This one spans the entire spread: horizontal bars featuring the chorus from one of the songs on the album. A closer look reveals that each page is actually comprised of 2 sheets of 100 lb. Mohawk Via Vellum Pure White Cover duplex laminated together, with the top sheets die cut to create the pop-ups – a technique that runs throughout the 22-page book.

The stripe-like motif in the opening spread runs throughout this volume like interference patterns, a clever visual representation of this album’s music in which subtle vocals float above a stripped-down instrumentation.

Every spread is inspired by the lyrics of one of the songs and provides a new, surprising interactive element: a wheel that fits snuggly inside a glued-together French fold that can be rotated to reveal the lyrics; concentric circles that can be spun independently of each other; perforated squares that open advent-calendar like to reveal more text; and at the end – glued onto the actual spread - a double Gatefold that opens outward as a brilliant showstopper. With so many dimensional pieces tucked between its covers, the tome echoes the vinyl record’s own chunky, substantive feel.

The music of this album has been described as a quiet revelation. Though understated, there is nothing quiet about the surprising interactivity of this exquisitely crafted limited-edition box set.