These two new pieces of equipment are now bringing incredibly fast speed, superb quality and significant cost savings to the envelope market.  The versatility of these four-color presses has given Northeastern Envelope the ability to seamlessly imprint and produce long and short-run spot color or four-color process jobs with little to no set up time and the capability to do variable data jobs will give customers the ability to customize mailings. 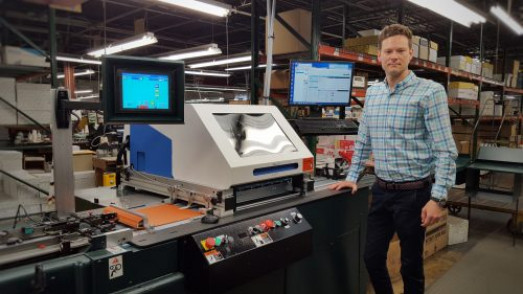 Terrence Burke Jr., VP, states, "These two presses are products of Northeastern Envelope's determination to actively pursue new technologies in an industry struggling to adapt. They are already opening up new areas and markets for Northeastern Envelope to explore in today’s ever evolving printing business.”

With over 60 years in the envelope industry (family owned and operated), the installation of these two new presses make Northeastern Envelope one of the largest envelope Jet shops in the country with 30+ Jets under one roof. Equipped with this fleet of Jet presses, envelope converting equipment and this brand new state-of-the-art technology, Northeastern Envelope has positioned itself as one of the best full-service envelope companies in the U.S.