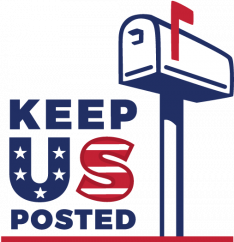 As stamps increase yet again with additional rate hikes planned in the coming months, Keep US Posted, an alliance consisting of consumer interests, industry groups, newspapers, nonprofits and businesses, is calling on USPS regulators to take action.

“The Postal Regulatory Commission has been reluctant to engage in activities beyond the specific direction of Congress. That is not how the system should operate,” wrote Keep US Posted Executive Director Kevin Yoder, a former Republication congressman from Kansas. “Other regulatory bodies have effectively utilized the authority provided by Congress to achieve their mandate. For instance, the Environmental Protection Agency aggressively acts to prevent pollution. The Securities and Exchange Commission is active in preventing bank fraud. If anything, these agencies have at times been accused of being too aggressive in enforcing their authority. Yet in recent years the PRC has been far more deferential to the entity it was created to constrain, rather than protective of the public it was created to serve.”

“We believe the House report which prompted the current comment period identifies many significant issues that are before the Commission. As noted in the House report, Congress enacted the Postal Service Reform Act (PSRA; Public Law No: 117-108), which profoundly improves the USPS’s financial condition. These changes should prompt a new on-the-record review of rate caps for Market Dominant mail.”

END_OF_DOCUMENT_TOKEN_TO_BE_REPLACED
Happening Today
The Powerful Case for US Book Manufacturing