Hagadone, Largest Commercial Printer in Hawaii, to Close Its Doors in Early January 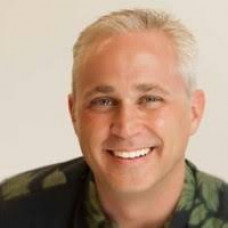 Clint Schroeder leads Hagadone Hawaii as its president and COO.

Hagadone Printing Hawaii, which bills itself as Hawaii’s largest commercial printer, will shutter its commercial printing operations in Honolulu on Jan. 11, 2019, after more than 26 years. The closure will impact 93 workers, some of whom have been employed there for 20 years or more.

Clint Schroeder, Hagadone Hawaii's president and COO, told the Honolulu Star-Advertiser, local television station "Hawaii News Now" and several other local media outlets that the closure of the business is being driven by several factors, most notably rising electricity, raw material and other operating costs; a loss of publication and retail printing business to both competitors located on the mainland and to their shift to digital alternatives; as well as the 25% tariffs that are being imposed by the Trump administration on the rolls of coated papers it imports from China.

Of the five grades of coated stock that Hagadone uses, three are only available through China, Schroeder informed the newspaper. “We didn’t have too much of a choice,” he was quoted as saying, noting that having to "eat" the paper price increase was definitely part of the final decision to close the plant.

Schroeder told "Hawaii News Now" that several alternative options were considered. "We wanted to do pretty much anything but this. In the last five years Hagadone invested $4 million in new equipment, upgraded its digital press equipment, and launched large-format printing to try to stem losses," he said. "While those have been greatly successful, it’s just been almost impossible for us to keep with this significant decrease from some of our very major accounts.”

A voicemail message left by Printing Impressions for Schroeder seeking further comment went unanswered at the time of the filing of this article.

According to the Star-Advertiser, the company will retain its Hagadone Media Group, which publishes This Week and various tourist and retail publications; and Hagadone Digital, which provides the aforementioned graphic design, social media and other Web-based services. Combined, they employ about 30 employees, according to Schroeder.

Owned by the Hagadone Corp. based in Coeur d'Alene, Idaho, Hagadone Hawaii began publishing The Garden Island newspaper in the late 1960s, along with Waikiki Beach Press and This Week magazines, the company said. In 1995, Hagadone Hawaii bought Oahu Bindery and Tongg Printing, followed by Harbor Graphics & Fine Printing in 1998, the Star-Advertiser reported. In 2015, the company restructured into three divisions: Hagadone Printing Co., Hagadone Digital, and Hagadone Media Group.

Brad Hagadone, president of Hagadone Corp., issued the following statement: “When industry factors beyond our control began to create losses several years ago, we decided to invest more in the company in order to right the ship. Most companies would likely have closed operations, or at least made major cutbacks. Instead, we invested in a new sheetfed press and new digital presses to offer more products.

"Unfortunately, economic headwinds only got stronger, leaving us with the one tough option to close down the commercial printing operations that first brought us to Hawaii so many years ago," Hagadone added. "My heart aches for these great people who have been with us for so long, because it truly is like losing family members.”

In compliance with WARN Act regulations, Hagadone Hawaii notified its employees of the pending closure and also indicated it will provide its displaced employees with job placement and other assistance.