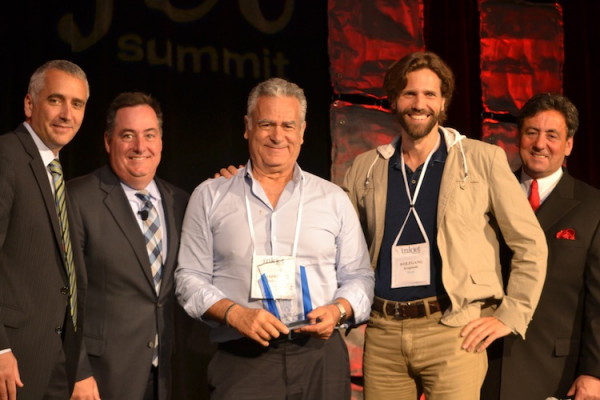 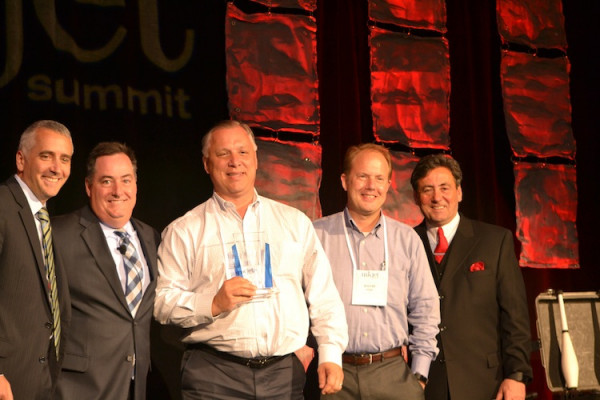 Mike Ratcliff of Midland Paper proudly holds the award for best sponsor case study as voted upon by the Inkjet Summit attendees in the general commercial printing segment. 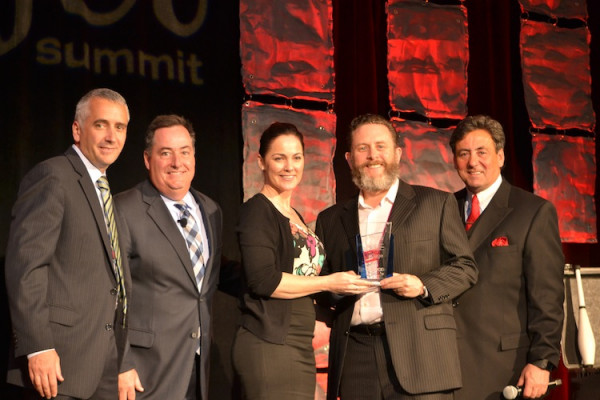 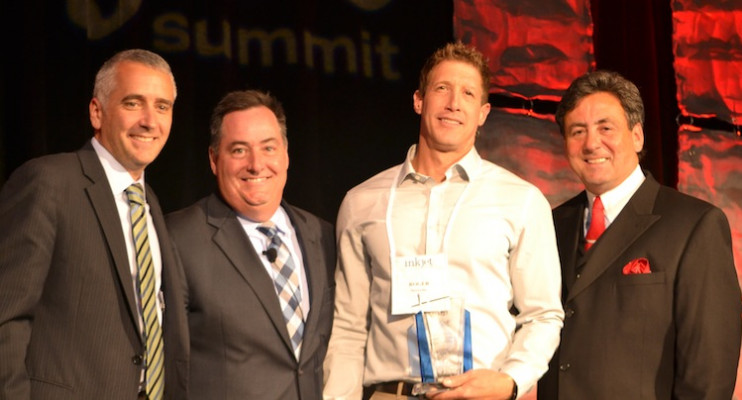 Ricoh captured the award for best case study presentation in the publishing segment. 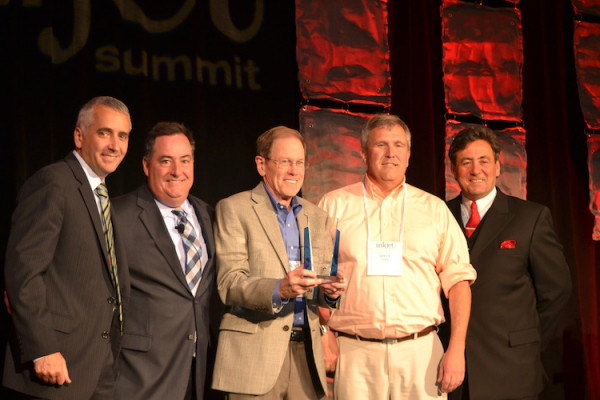 GMC Software was honored by the Transaction segment attendees for its case study presentation. 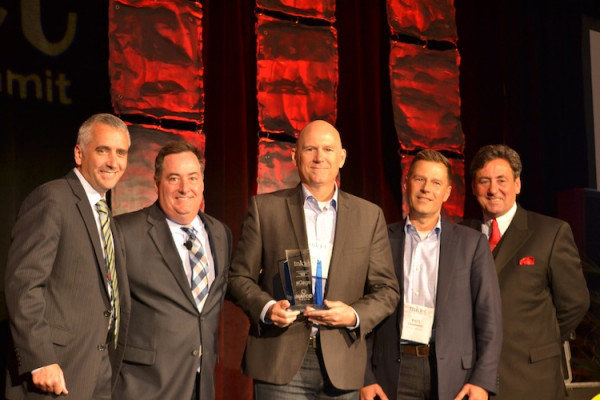 Dean Kenan and Paul Chandonnet (in center), of Screen Americas, accept the "Company to Watch Out For" award from David Pesko, Mark Subers and Phil McKay. 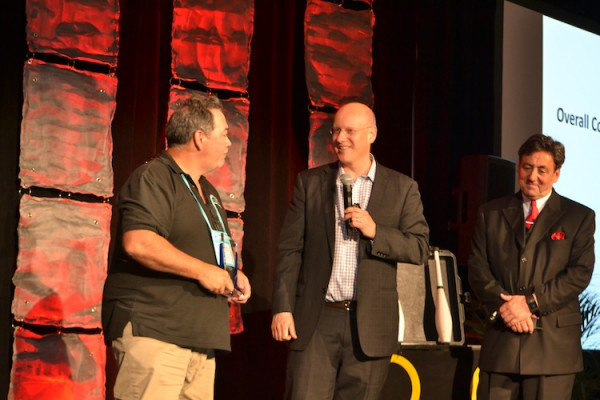 The fifth annual Inkjet Summit wrapped up Wednesday evening, April 26, with a closing dinner, awards ceremony and an entertainment program featuring a juggler/comedian. During portions of the highly educational, three-day program, attendees broke into breakout groups that were based on their print market segment product mixes/interests — including Publishing (books, catalogs and publications), Direct Mail/Marketing, Transactional, General Commercial and In-Plant printing — to hear tailored case study presentations from the various Inkjet Summit sponsors.

After the formal program ended, Inkjet Summit attendees were asked to vote on the case history presentation that they felt was most useful within their particular segment. They also voted for which of the sponsors they felt to be the "Company to Watch Out For." After all of the votes were tallied,  the following companies that prevailed received special awards of recognition at the closing banquet:

Among the finalists HP, Mondi Group, Ricoh and Screen, Mondi Group was chosen as the best sponsor case study presentation for the Direct Mail segment.

Among the finalists Canon Solutions America, HP, IBIS and Ricoh, Ricoh was chosen as the best sponsor case study presentation for the Publishing segment.

Among the finalists Georgia-Pacific, GMC Software, Ricoh and Transformations, GMC Software was chosen as the best sponsor case study presentation for the Transaction Printing segment.

Attendees also got to vote on the "Company to Watch Out For." Among the finalists Canon Solutions America, HP, Ricoh and Screen, this year, for the first time, Screen Americas won that honor.

In addition, the "Overall Contributing Attendee" Award went to Henry Perez, COO of FSSI, based in Santa Ana, Calif.