Fox Bindery to Pay $598,366 Following Investigation by the US Department of Labor 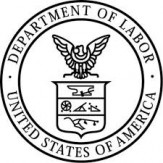 LANSDALE, Pa. - January 4, 2018 - Following an investigation by the U.S. Department of Labor’s Wage and Hour Division (WHD), the U.S. District Court for the Eastern District of Pennsylvania has entered a consent judgment requiring Fox Bindery Inc. – based in Lansdale, Pennsylvania – and owner Henry J. Fox to pay $274,183 in back wages and an equal amount in liquidated damages to 556 current and former employees. The Department also assessed the employer and its owner a $50,000 civil money penalty due to the willful nature of the violations.

“This consent judgment will help to ensure that employees are paid the wages they are rightfully owed, and that some employers do not gain an unfair competitive advantage over other employers that comply with the law,” said Regional Solicitor Oscar L. Hampton III.

In addition to paying back wages, liquidated damages, and civil money penalties, Fox Bindery Inc. and its owner have agreed to change its business practices and comply with the FLSA in the future.

The Department provides numerous resources and tools to help employers understand their responsibilities and comply with federal law, such as online videos, confidential calls, or in-person visits to local WHD offices.

Employers who discover overtime or minimum wage violations may self-report and resolve those violations without litigation through the PAID program. For more information about the FLSA and other laws enforced by the Division, contact its toll-free helpline at 866-4US-WAGE (487-9243). Information is also available at http://www.dol.gov/whd including a search tool to use if you think you may be owed back wages collected by the Division.