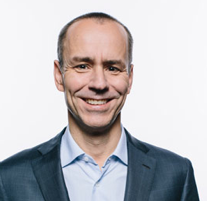 "Fiscal year 2017 was important in terms of the evolution of Cimpress," said Robert Keane, president and chief executive officer. "We decentralized our operations, delivered many new capabilities and product offerings, began using our mass customization platform, made strong investments in organic growth opportunities, and completed our largest acquisition to date. Additionally, we continue to improve our understanding of and approach to capital allocation, pushing this understanding deeper into our organization. I describe these subjects in detail in my annual letter to investors which was published simultaneously with this earnings announcement on ir.cimpress.com. We also plan to highlight our progress and fiscal year 2018 plans at our upcoming investor day on August 8, 2017."

Sean Quinn, chief financial officer, said, "Fourth quarter revenue growth decelerated, in line with our expectations. As mentioned last quarter, the timing shift of the Easter holiday from the third quarter in 2016 to the fourth quarter in 2017 created much of this dynamic. Looking at the full year which removes typical quarterly fluctuations, our revenue growth by segment was in line with our commentary at the beginning of the year. As described throughout the year, we continue to see pressure on Vistaprint's gross profit from shipping price reductions and the rapid expansion of product selection and design services as we have prioritized launching and learning about demand levels ahead of in-year profits. We often note that we are not targeting absolute gross margin or even contribution margin increases; we seek to maximize our cash flows over long periods of time. With that said, the Vistaprint business sees opportunities to optimize costs and pricing starting in the upcoming year as we scale these offerings and realize the operational benefits of our recent reorganization."

Quinn added, "Including the currency impact, the items listed above weigh on our operating income by over $100 million in fiscal year 2017 compared to fiscal year 2016. We do not ask our shareholders to ignore these costs, but it is important to understand them in order to analyze the underlying operating trends in our business."

For fiscal year 2018, Cimpress expects to achieve year-over-year savings from its recent restructuring, net of charges, as follows: approximately $35 million on a free cash flow basis, and approximately $50 million on an operating income basis. These savings estimates do not include the annualized savings related to the reduction in previously planned hiring that we have achieved in fiscal year 2017 since they do not impact the actual year-over-year savings.

Quinn added, "As we look ahead to fiscal year 2018, we are on track to recognize the financial benefits of our recent restructuring in line with our past commentary. Our businesses are focused on delivering strong returns from past investment spend and, as outlined in detail in our letter to investors dated July 26, 2017, we expect to continue to invest significantly against our organic growth opportunities, albeit at a more modest amount relative to fiscal year 2017. These are among the factors that we expect to result in higher unlevered free cash flow in fiscal year 2018."

Anticipated Sale of Album Printer Business:
Cimpress has recently entered into a definitive agreement to divest its Albumprinter business, including its FotoKnudsen subsidiary. Although Albumprinter’s capabilities clearly fall within the sphere of mass customization, Cimpress believes it can more attractively invest the capital it will free up as a result of this transaction. We expect the sale of Albumprinter to be completed in the first quarter of fiscal year 2018. The assets and liabilities are "held for sale" on our balance sheet as of June 30, 2017.

Important Reminder of Cimpress’ Priorities
We ask investors and potential investors in Cimpress to understand the upper-most objectives by which we endeavor to make all decisions, including investment decisions. Often we make decisions in service of these priorities that could be considered non-optimal were they to be evaluated based on other criteria such as (but not limited to) near- and mid-term net income, operating income, EPS, cash flow, EBITDA, and adjusted NOPAT.

To understand these objectives and their implications, Cimpress encourages investors to read Robert Keane’s letter to investors published on July 26, 2017 at ir.cimpress.com and to review materials that will be presented at our upcoming annual investor day meeting on August 8, 2017.

These non-GAAP financial measures are provided to enhance investors' understanding of our current operating results from the underlying and ongoing business for the same reasons they are used by management. For example, as we have become more acquisitive over recent years we believe excluding the costs related to the purchase of a business (such as amortization of acquired intangible assets, contingent consideration, or impairment of goodwill) provides further insight into the performance of the underlying acquired business in addition to that provided by our GAAP operating income. As another example, as we do not apply hedge accounting for our currency forward contracts, we believe inclusion of realized gains and losses on these contracts that are intended to be matched against operational currency fluctuations provides further insight into our operating performance in addition to that provided by our GAAP operating income. We do not, nor do we suggest that investors should, consider such non-GAAP financial measures in isolation from, or as a substitute for, financial information prepared in accordance with GAAP. For more information on these non-GAAP financial measures, please see the tables captioned “Reconciliations of Non-GAAP Financial Measures” included at the end of this release. The tables have more details on the GAAP financial measures that are most directly comparable to non-GAAP financial measures and the related reconciliation between these financial measures.

Note: During the third quarter of fiscal 2017, we changed the presentation of amortization expense for acquired intangible assets. The expense was previously classified within each of the respective expense lines of our consolidated statement of operations and now is presented as a separate financial statement line item, "Amortization of acquired intangible assets". Prior period results have been recast to reflect this change.

Also, given the significance of our third quarter restructuring charges we are presenting these expenses as a separate financial statement line item, "Restructuring expense", in our consolidated statement of operations. Prior period results have been recast to reflect this change.