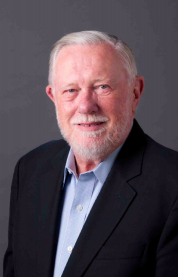 Dr. Charles "Chuck" Geschke, who co-founded graphics and publishing company Adobe Inc. in 1982 with then-Xerox colleague Dr. John Warnock, died April 16 of cancer at age 81 in Los Altos, Calif., a suburb in the San Francisco Bay area. He was born in Cleveland in 1939 and had his first exposure to the printing industry growing up as the son and grandson of letterpress photo engravers.

While working as a math teacher at a Cleveland-area college, one of his former students who had joined a computer company offered to teach Geschke basic programming. This fascination ultimately led to him getting a Ph.d. in computer science from Carnegie Mellon University in 1973. Xerox eventually hired Geschke to work at its Palo Alto Research Center (PARC).

Geschke recruited Warnock, and the two eventually left Xerox and struck out on their own to launch Adobe. They founded the company in Warnock's garage and named it after Adobe Creek, which ran behind Warnock's home.

As documented in Wikipedia, PostScript's "use on Apple computers resulted in one of the first desktop publishing (DTP) systems, which allowed users to compose documents on a personal computer and see them on screen exactly as they would appear in print, a process known as WYSIWYG, an acronym for What You See Is What You Get. Previously, graphic designers had been forced to view their work in text-only format while they worked, until they printed, or hit print preview." Because of the high quality and speed at which printing and composing could be done in WYSIWYG, the benefits of PostScript revolutionized the printing and publishing industries.

During their next 40 years at Adobe, Geschke and Warnock shaped technologies that have fundamentally changed how people create and communicate around the world — including the ubiquitous PDF (Portable Document Format) — Acrobat, Illustrator, Premiere Pro, and Photoshop software programs.

In recognition of their technical achievements, Geschke and Warnock were awarded the prestigious National Medal of Technology and Innovation from President Barack Obama in 2009; the Computer Entrepreneur Award from the IEEE Computer Society; the American Electronics Association Medal of Honor; and the Cary Award from the Rochester Institute of Technology.

“I could never have imagined having a better, more likable, or more capable business partner," related Warnock on the news of Geschke's death. "Not having Chuck in our lives will leave a huge hole and those who knew him will all agree.”

As typical in the trials and tribulations of life, Chuck Geschke also faced personal trauma along the way. One was the death of his fourth child at birth. The other was surviving a dramatic kidnapping at gunpoint in May 1992 when he showed up in the parking lot for work at Adobe's offices in Mountain View, Calif. He was held in a hideout home for four days before FBI agents were able to capture one of the perpetrators after the kidnappers negotiated a $650,000 ransom with Geschke's wife Nancy "Nan," and the money — all $50 and $100 bills— was left by his daughter at a designated location. Held in chains while in captivity, he was unharmed during the ordeal, and the kidnappers received life sentences in prison.

Chuck Geschke is survived by his wife of 57 years, three children, and seven grandchildren.