What’s Next for Production Print DFEs?

A Trip Way Back in Time

On demand production print digital front ends (DFEs) began their competitive march in the late 1990s when Scitex Corporation announced its entry into the print on demand (POD) space by launching the Spontane printing system. The solution was an OEM version of the Fuji Xerox Docucolor 40. During that same timeframe, Scitex also developed a DFE version of its Brisque Prepress system and adapted it for the on-demand market. This announcement started a high-end competitive DFE battle between EFI, Scitex, and to some extent ColorBus. 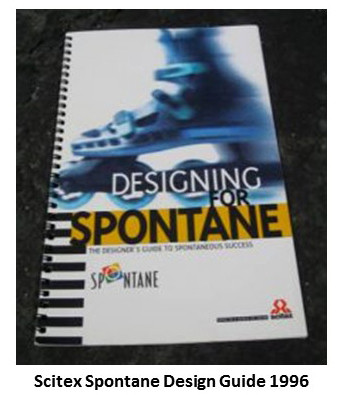 The toner devices of yesteryear were not as sophisticated as they are today, so the DFE provided significant value by addressing many of the shortcomings of the printing engine.As a case in point, trapping for offset corrected for misregistration, but digital trapping reduced trail edge deletion and enabled better image quality over long runs. DFEs also enabled a number of additional prepress capabilities, including image sharpening and late-stage color changes. When design and page layout applications proved to be lacking in their feature sets, this became another area where DFEs could add value to the POD market. In addition to serving as the backbone to process files into raster data so the digital press could run at rated speed, these DFEs provided the much-needed prepress features and functionality that would enable production operators to adjust the data so images would be produced correctly.

No Longer the Swiss Army Knife

The DFE field for production toner presses has narrowed considerably over the past 20 years, and only a few production manufacturers remain at this time. The current branded OEMs currently include EFI, Kodak Creo, and the press manufacturers that have developed their own DFE offerings. Since their development, DFEs have amassed a very long list of features and functionalities that can be implemented with most high-end digital print engines. Although modern-day DFEs can have hundreds of features, it is thought that as little as possibly 10% of these features are used or even required daily. So why is this the case? For one thing, the design, page, and office applications have matured to the point that nearly all production print prepress issues can be resolved upstream in the application. Color management, image compression, and other production features like composition is seamlessly managed in the postscript of PDF stream, so they require little or no interaction on the DFE. In addition, Industry 4.0 has ushered in dramatic improvements to the technologies and sensors used in the print engines. At this point, color management, registration, and tray recognition have reached such an automated level within modern engines that these features simply bypass the DFE.

DFEs historically competed through the value delivered by reducing touchpoints in the production cycle, increasing productivity, and lowering overall production costs. Now that technology has migrated the required production corrections upstream to the originating applications and into the print engine control boards, DFE OEM manufacturers now find themselves competing with press manufacturers’ DFEs. Years ago, machine manufacturers looked to OEM DFE vendors to offload their Research & Development expenses because of all the features and functions that were once required in a DFE to maintain a clean production process. This has now changed as press manufacturers are integrating their workflow software with their own internally developed DFEs because they realize that it is no longer necessary to deal with such a huge feature set. Basically, due to all the advancements that have occurred upstream and within the engine, the primary focus has shifted to the raster engine and running the engine at rated speed. This also places additional pressure on DFE OEMs that offer high-end server editions as well as lower-end or embedded DFEs. High-end servers have become less relevant, particularly within mid- and high-range production engines.

Shifting the Focus to Today’s DFEs

As with any piece of equipment involved in the print production cycle, manufacturers are always seeking ways to maintain their competitive edge while also increasing their perceived value, so they can achieve acceptable profit margins. OEM DFE manufacturers are under extreme pressure to maintain an advantage, and these DFEs may find a new relevance within the production cycle thanks to today’s new CMYK+ capabilities. A recent research report from Keypoint Intelligence – InfoTrends indicates that direct mail is the most challenging application from a workflow/software perspective, with a large majority of respondents noting that white, fluorescent, and metallic colors account for a large percentage of color enhancements. Many respondents reported that they still encounter issues with variable data production, special inks, and color matching. The results of this survey, as well as highlights from the research, are currently available in the document Applications in Digital Print on Demand: A Survey-Based Report.

High-value applications are coming of age in the digital printing era, and press capabilities continue to expand in terms of 5th and 6th color stations. These machine capabilities are once again spurring demand for DFE features and functions that enable a smooth and efficient production cycle, as well as the ability to prepare and correct digital files for those 5th and 6thcolor stations. As production features increase, so will the need to estimate ink/toner consumption based on the design. Obtaining these estimates will make it easier to calculate the total cost of a job as well as the cost of printing specialty colors with adequate coverage. EFI has just announced their latest Fiery FS350 Pro which targets just that with their Smart White feature. The feature calculates the lightness of a color being imaged and incorporates white ink to achieve the expected lightness, saving on the amount of white toner consumed.

InfoTrends believes that earlier DFE functionalities such as job splitting between engines will have some resurgence as volumes increase on 5th and 6th color presses. While the primary CMYK colors will be run on the production press, the 5th and 6th colors will be produced on the specialty press. This is similar to the idea of inserting color pages into black & white devices, except now CMYK+ pages are being inserted into CMYK devices.

As machine capabilities further expand and innovations continue, this will help spark new and increasingly relevant features among DFEs. The question is this—at what point will the majority of DFE features migrate upstream and into the machine control software, and what will the DFE become as a result?

Eve Padula is a Senior Editor/Writer for Keypoint Intelligence – InfoTrends’ Production Services with a focus on Business Development Strategies, Customer Communications, and Wide Format. She is responsible for creating and distributing many types of InfoTrends content, including forecasts, industry analysis, and research/multi-client studies. She also manages the editing cycle for many types of deliverables.