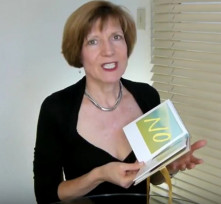 Raising money is never easy, particularly if, like the Museum of Contemporary Art Denver (MCA Denver), your exhibitions occasionally push the boundaries of what mainstream America is comfortable with. For last year’s edition of its chief fundraiser, the Luminocity Gala, Ellen Bruss Design (EBD) created an attractive VIP invitation that referenced the controversial work of the event’s focus, New York artist Ryan McGinley, without ruffling too many feathers. (Fur, however, was another matter.)

The invitation arrived in a glossy white box with a simple yellow paper strip. Once you break the seal, you flip up a magnetic closure on one end, allowing you to lift the entire lid revealing what looks like a gold, beribboned box nestled in a bed of a furry white substance within. (The covers, ties, interior and fur lining were all hand assembled.)

Removing it you discover that it’s not a box at all but an accordion-folded invitation with a gold lamé cover featuring two blind debosses: the words “Luminocity” on the front and “MCA Denver” on the back. Each of the six panels opens to reveal letters that ultimately spell out “Luminocity” beneath a separate white, die-cut, Polaroid-like frame.

Why Polaroid-like? Well, in his breakthrough 1999 book “The Kids are Alright,” McGinley featured photos of himself and his friends in various states of nudity and youthful excess. And in anticipation of a February 2017 MCA Denver show featuring Polaroids he took between 1998 and 2003, EBD’s invitation mimicked that distinctive instant-picture look. But wait, there’s more.

On the back of each of the six panels we’re treated to the particulars of the event (schedule, RSVP date, etc.), each with a different color background. Finally, the back of the very last panel reveals one more surprise: a pocket containing three folded cards including the RSVP with envelope.

All told this is an invitation that hints at the elegant sophistication of MCA Denver’s exhibitions and, more slightly, the retro appeal of Ryan McGinley’s work. “The Kids” may be “Alright,” as the title of the artist’s book would have us believe, but this invitation goes beyond “alright,” putting the “luminous” in “Luminocity.”

Read This If You Don’t Write So Good

Stop and Sharpen the Saw