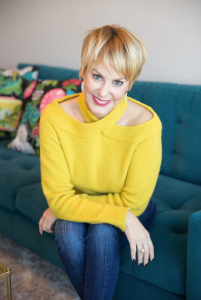 The legislative machinery behind public policymaking is never easy for outsiders to comprehend. But, whether their mechanics make sense to the rest of us or not, acts of Congress are prime movers of the prosperity of American businesses and fundamental shapers of the quality of people’s lives. This has never more been more apparent than now, as lawmakers in Washington, D.C., try to legislate a way around the economic and social wreckage threatened by the COVID-19 pandemic.

No one understands legislative matters from the graphic communications industry’s perspective better than Lisbeth Lyons, VP for government and external affairs, at Printing Industries of America (PIA). In a webinar on April 27, she outlined the progress of the federal government’s response to the pandemic and commented on what future efforts along these lines are likely to bring.

Her general advice was that although the situation remains fraught for everyone, the trajectory toward recovery is hopeful – and that all printing companies have something to contribute to the brighter picture that lies ahead.

Lyons’s program was the first in a series of “Covid-19: Ask the Experts” webinars to be presented by the Specialty Graphic Imaging Association (SGIA). Focusing on what she described as “the process and politics driving the policy,” Lyons divided the activity into four general phases: rapid response, mitigation, recovery, and reform. These will occur in a timeline of events stretching from the beginning of the crisis to a post-pandemic scenario in 2024.

Rapid response, consisting of bills for the first round of economic stimulus, took place in mid-February and was “so quick and non-controversial that Congress didn’t even give it a catchy acronym,” Lyons said. The next round of stimulus had a more “media friendly and constituent friendly” title: the Families First Coronavirus Response Act, encompassing leave, payroll, and job protections for employees impacted by the public health emergency.

Lyons said mitigation commenced around the middle of March as the national economy came to “a screeching halt” from the effects of shelter-at-home orders imposed by all but a handful of states. Its centerpiece for a third round of stimulus was the Coronavirus Aid, Relief and Economic Security (CARES) Act, consisting of a trio of loan programs for businesses: the Payroll Protection Program (PPP); Economic Injury Disaster Loan (EIDL) assistance; and the Main Street Lending Program.

Despite running to 800 pages and costing an estimated $2 trillion, the CARES legislation passed “at the speed of lightning, in terms of the way Congress acts,” according to Lyons. Tacked onto it later was what she called “stimulus 3.5”: a $310 billion recapitalization of the PPP, which exhausted its original $349 billion funding amount within days after it started to accept loan applications. (A story about how some printers on Long Island fared when they applied can be found here.)

At this point, Lyons said, the nation finds itself somewhere between mitigation and recovery as Congress contemplates next steps. Being drafted, she reported, is “CARES 2.0,” a fourth-round stimulus package that will address sectors of the economy not covered in the original legislation.

The result will be a “massive rush” of business applicants “bellying up to the trough” for the financial relief they need. But, Lyons cautioned that the “honeymoon spending wall” has been hit, and that further appropriations will have to pass “the smell test” of acceptability to the two main political parties.

She said that passage of CARES 2.0 could come in late May or early June. But, there will be “technical corrections” from both sides of the aisle as Congress deals with “unintended consequences” of the initial rounds of stimulus.

Objections to “panic spending” will arise, as will questions about how the stimulus is to be paid for. This means that as new programs and provisions are added, budgets “will balloon in size, and then be negotiated down,” Lyons noted.

She predicted that over the longer term – meaning for the remainder of the current presidential term, and throughout the four years of the next one – legislative decisions about many different issues will bear “this tinge of COVID-19.” Lyons also pointed out the devil-in-the-details effect arising from the fact that numerous federal agencies “have their fingers” in the implementation of the relief measures Congress enacts.

But, she gave the agencies credit for being “very transparent” about their intentions and recommended that businesses monitor their websites for updates and FAQs. (See the end of the article for a list of links to COVID-19 related information from the agencies cited.)

Lyons went on to review the essentials of the lending programs established so far, concentrating on the PPP. She noted that while it was created principally to support payroll, it also has a “keep the lights on” provision that permits some of the loan to be used for rent and utilities.

Lyons explained that loans granted under the PPP are forgivable if borrowers comply fully with its rules for any eight-week period between February 15 and June 30. Chief among the stipulations are using no more than 25% of the loan amount for non-payroll expenses; and maintaining the full-time equivalent (FTE) headcount at its pre-crisis level (or hiring back to pre-crisis level of FTE if cuts were already made at the time the loan was taken out).

Also to be kept in mind, Lyons said, is that while the Small Business Administration (SBA) oversees and guarantees PPP lending, banks and other lending institutions provide the cash, determine eligibility for loans, and certify loan forgiveness. Because guidance about forgiveness isn’t “locked down,” Lyons added, borrowers should be ready to provide all of the expense documentation their lenders will want to see.

Concern that PPP hasn’t benefited enough small businesses could lead to its being extended beyond June 30, according to Lyons, who added that PIA has been advocating for this. She acknowledged that while the program has been “a blessing and a lifeline” for some printers, it has also been a source of frustration and disappointment to those who have been unable to tap into it.

Some of the same emotions might be stirred by the blow that COVID-19 has dealt to the U.S. Postal Service (USPS), which Lyons said has seen a 30% decrease in mail volume because of the pandemic. Noting that 60% of what is printed on paper enters the mail stream, she said the virus has inflicted a “double hit” of shared economic loss on the Postal Service and the printing businesses that depend on it.

The situation isn’t improved, she added, by the Trump administration’s criticisms of the USPS and its seeming reluctance to help. The CARES Act provided some relief in the form of a $10 billion line of new credit for the agency. The industry should press for additional cash assistance to the USPS as well as the financial reforms it needs in CARES 2.0, Lyons said.

Print’s role in the national recovery is underscored by the fact that, as Lyons pointed out, about three-quarters of the states have adopted Department of Homeland Security guidelines identifying printing and packaging as essential activities – thanks in part to language added to the guidelines at the urging of PIA. She said this helps to set the stage for the “now open debates” that will determine when and how life and the economy return to something close to normal.

The debates will span business insurance, legal issues, workplace safety, and the impact of the pandemic on vertical channels served by the printing industry. Look for moves toward systemic reform in areas such as public health policy and social safety nets as recovery takes hold, Lyons said.

“October Surprise” in the Cards?

She also advised being open to the possibility of an “October surprise” that could change the ground rules of national elections in the following month, as lawmakers seek ways to ensure that voters can cast their ballots safely. Voting by mail, Lyons observed, “would be a very good thing for the USPS” because of the extra volume it would drive.

She concluded by recommending steps that printing companies can take to help usher in the better days that recovery will bring: “issue spotting” matters of vital interest to the industry, and alerting trade associations to them; engaging with lawmakers; strengthening disaster preparedness; and leveraging the recovery to build a better business.

Lyons said printing companies that do these things will be assured of having a commendable story to tell when asked to explain, “how our company helped in the Great Pandemic of 2020.”

Following are links to COVID-19 related information from the federal agencies cited during the webinar: