Bravo to Berthelsen and His Coalition for Recruitment 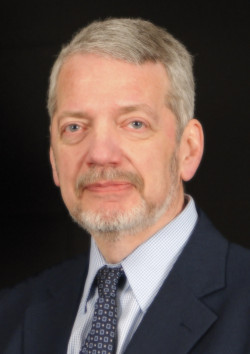 One of the first things I discovered about the printing industry is how tough a time printers always seem to have in getting qualified people to work for them. It never changes, no matter what the economic picture looks like or how technology is refashioning the nature of jobs in printing plants: the skilled workers simply aren’t there in the numbers that employing printers need.

No one knows why – or at least, no one has better answers than what general demographic trends tell us. Census data indicate that U.S. population growth is at an historic low and that the number of people under 18 as a percentage of the total population is declining. America, alas, isn’t doing a very energetic job of breeding the pool of young talent from which tomorrow’s press operators, prepress specialists, and workflow wizards must come.

Maybe this partially explains – although it hardly excuses – a decision by the U.S. Department of Labor’s Bureau of Labor Statistics (BLS) to stop tracking print industry employment. This may have been monumentally dumb as a judgment call, but in its way, it draws needed attention to the genuine crisis of recruitment the industry finds itself floundering in.

“Crisis” is no overstatement. In poll after poll, print company owners watching their veteran workers retire identify the scarcity of new talent as one of their top sleep-killers. The situation is dire enough to tempt anyone to throw hands into the air and concede that the BLS move, as wrong as it is, might as well be right.

Anyone except John Berthelsen.

If you have any connection to education for the printing industry, you know that name. If you’ve wandered into the “college row” section of a print industry trade show over the last 20-odd years, you may have chatted with Berthelsen about the great work he does on behalf of the Print and Graphics Scholarship Foundation (PGSF), a source of financial support for students in the field.

Berthelsen isn’t only an advocate for education: he’s a former print company CEO and trade association leader who knows the industry and its fundamental issues through and through. That’s why it’s reassuring to see him at the helm of a new initiative that could succeed in pushing back against the recruitment crisis where past efforts to halt it have failed: the Graphic Communications Workforce Coalition.

Behind the project is a simple idea: finding out what works, and what doesn’t, in attracting people to print-related jobs, and then sharing that intelligence with the industry as a whole. Missing from previous campaigns to promote recruitment, according to Berthelsen, was a “singular approach” to pooling information and promulgating it from a centralized resource: the core service that the coalition aims to provide.

Apprenticeship training offers an example of the good that this type of approach can do. Many such programs exist in the industry, says Berthelsen, but they’re dispersed and under-resourced. The coalition’s task would be to identify them, discover what could make them more effective, and from that study design a common apprenticeship program to be put into practice industrywide.

Berthelsen believes that drawing on a “library” of strategies and tactics for recruitment is the best way to answer negative publicity like the fallout from the BLS action. “We feel that a common attempt to shift that perception will be more effective than disparate attempts to do that,” he says.

It’s a fact that alliances of groups and individuals pursuing shared interests get results. Efforts by the STOPP (Stop Tariffs on Printers & Publishers) Coalition influenced the U.S. International Trade Commission’s decision to remove tariffs on newsprint imported from Canada. The Paper and Packaging Board, made up of U.S. manufacturers and importers of these products, reports that it has increased consumers’ appreciation of paper through its “How Life Unfolds” media campaign.

Berthelsen says that about 20 print industry organizations signed on as members of the Graphic Communications Workforce Coalition when its membership application page went live in June. More have joined since then, and participants now include those he calls “the big three” among industry trade groups: Printing Industries of America (PIA), the Association for Printing Technologies (APT), and the Specialty Graphic Imaging Association (SGIA).

Membership is open to organizations from all segments of the industry, and for the time being, the coalition will operate without dues or professional staff. Berthelsen expects donated resources to keep it going as its officers and directors determine how best to carry the effort forward.

Naturally, everything depends on how much recognition the coalition can earn and what kind of enthusiasm it can generate. Berthelsen is aware that past initiatives for recruitment haven’t made much of a dent in the problem.

But, that doesn’t shrink his conviction that a truly industrywide push for workforce development will finally make the difference that must be made if the recruitment crisis is to be blunted. “We’ve got to keep beating the drums,” he says. Those who wish to lend a hand can contact him at 608-575-3904 or jberthelsen@printing.org.

Data Will Lead Marketers Into a New World in 2020

4 Things To Do Before You Go Home For The Day

Why You Need to Rethink Your Sales Approach

Sponsored Content Is Print Retargeting for You?
END_OF_DOCUMENT_TOKEN_TO_BE_REPLACED
The Printing Impressions 400