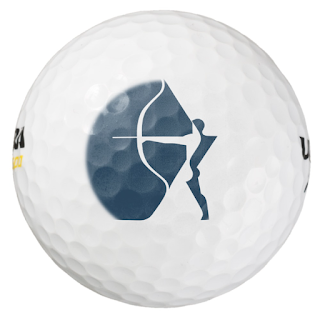 At its heart, tampography is a gravure process in which the image is formed by smearing ink across an etched plate with recessed image areas, after which a “doctor blade” scrapes the excess ink off the non-etched areas. A soft silicon “pad” is pressed onto the inked plate and in turn impressed onto the object to be printed. Originally developed to print wristwatch faces, tampography is an incredibly flexible process, used to print on all types of irregularly shaped 3-D objects, including medical devices (syringes, catheters), computer keyboards, wine corks, automotive parts (turn signal handles), toys, and yes – even dimpled golf balls.

As with much of the printing industry, inkjet technology is having a disruptive impact in the industrial printing segment, and pad printing is no exception. Xaar’s acquisition of Engineered Printing Solutions brings to it not only the US company’s existing industrial inkjet business, but also will serve as an entrée for Xaar into the acquired company’s extensive roster of customers that potentially can utilize inkjet printing to decorate many of the objects previously only printable by tampography.

Industry phenom commercial printer 4over continued its growth with the acquisition of ASAP printing, a trade printer with locations in Utah, North Carolina and Texas. By eschewing the standard commercial printing company’s reliance on building and nurturing an internal super-salesperson culture, 4over has built a national company entirely based on selling through independent print brokers. 4over now has 17 locations in the US and Canada, and touts that its next plan is to grow globally. Is 4over the next “Vistaprint” to emerge in the printing industry by disrupting old ways of doing business?

Southwest Precision Printers acquired the remaining business of Page International, announcing that post-acquisition the company will be one of the largest printers in the southern US, combining the sales of these two Houston-based commercial printing companies. As previously noted in The Target Report, the Page International plant was closed and all the equipment was being sold at auction on June 2nd. The sale of the Page International assets comes only a month after the sale of the one other remaining Nationwide Argosy Solutions company, Franklin Dodd Communications to Southeastern Printing, both companies located in southeast Florida. As noted in The Target Report – June 2015, another Nationwide/Argosy company, Jones Printing, was divested in a management buyout. These latest transactions complete the divestiture of all its operating companies and appears to the be the end of the road for Nationwide Argosy Solutions, once a darling of the 1990’s roll-up craze in the commercial printing industry that included Consolidated Graphics (now part of RR Donnelley), Mail-Well (now the highly leveraged Cenveo), and the defunct Printing Arts America (for more on the death and resurgence of printing industry roll-ups, see The Target Report – September 2014).

Have a Happy and Safe Thanksgiving!

Tap Into the Resources of Your Advisory Board