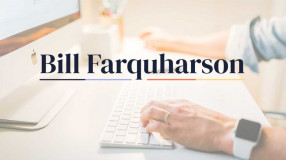 What is a sales rep’s biggest fault? What do sales reps do the worst? What’s their biggest mistake?

Take a second to ponder that before continuing…

Through the eyes of one customer, the biggest complaint is a lack of follow up.

Many years ago, I stumbled across a blog written by a restauranteur in Utah named Josh. He was railing on and on about how salespeople suck and their lack of follow-up is abysmal.

I tracked Josh down and got him on the phone. After first reassuring him this was not a sales call, I asked him about his blog and he said this:

“I opened a new restaurant in Salt Lake City and spent $15,000 in the first six months on various ideas to drive traffic. Sales rep after sales rep called on me and made their pitch. I bought into a few of those ideas, but none of them panned out.

What irritated me was, the salespeople all made promises but no one ever called me back to find out how I was doing or if their solution worked.

The only thing that actually made a difference was when I spoke with a local printer and he printed me up some flyers, which I mailed out and dropped off everywhere. There was a coupon and it was a big success.

Ironically, the printer never called me to follow up. Figures.”

Now that you know this, call the customer after they returned from a trade show. Find out how their new product launch went. Ask about the results from their fundraiser.

Do this fearlessly, for even if things didn’t work, you are showing your professionalism in trying to make it better next time.

So, if you want there to be “next time,” you better start following up.

Every sales challenge you’re facing has been solved by someone else. Find ideas, inspiration, and continuous sales growth through The Sales Vault community. For more information, go to SalesVault.pro. Bill Farquharson can be reached at 781-934-7036 or bill@salesvault.pro

One a Day to Win the Day

Join us for a discussion on how to bridge the gap between traditional hand-pick distribution and modern machine-automated distribution.