Commentary: The Printing Industry Asks Itself: Where Do 'AI' Go from Here? 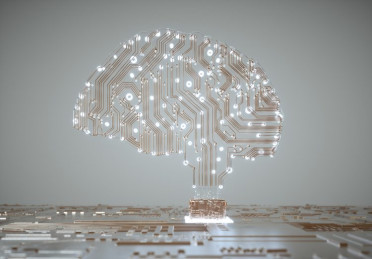 Editors, as you might imagine, receive a lot of promotional email from vendors. It’s a major component of the information stream we try to process every day. Admittedly, the inflow tends to blur at times – until something like the following turns up in the mailbox:

“We are excited to share the future of sales with you … We are harnessing the power of AI to rethink the relationship between sales teams and technology (with a solution) natively based on artificial intelligence.”

Come again? You’re seriously telling me that you’re harnessing the power of AI, and the salutation is “Dear *First Name*”?

In fairness to this vendor, a mail merge error can happen to anybody, and the mistake did no serious damage to the quality of the messaging underneath it. But, the little shock of its clumsiness should make us reconsider how ready we fallible humans really are for artificial intelligence and other advanced technologies that are transforming print manufacturing.

First we have to ask, is the question even relevant? We’re finding that increasingly, the machines don’t need us – or at least not to the same extent they used to.

Press automation, for example, has reached a point where on some platforms, job changeovers including plate changes and washups are tasks that operators oversee almost without having to touch anything. During press runs, all-seeing inspection systems catch and correct quality defects that once would have been detected by human eyes only after scores if not hundreds of bad impressions had been printed.

Addressing glitches like the one cited above have become almost unthinkable in personalized, high-volume direct mail, where machine-readable barcodes and glyphs on each piece assure exact, SLA-compliant matches of content to recipient in every envelope. Or, think of lights-out production in Web-to-print environments where the only “supervisor” is software.

If the machines don’t need us, they’ve discovered that they need each other – and that they’re better together under the rubric of Industry 4.0.

In this stage of manufacturing’s evolution, machine-to-machine connectivity erases the redundancies and the errors that creep in whenever people have to mediate the work that machines do. In printing, JDF workflows knit systems and devices together in ways that can make human participation less and less essential – continuing the march in this direction from Industry 1.0 (mechanization) to Industry 2.0 (mass production) and Industry 3.0 (computerized automation).

Industry 5.0 hasn’t yet been identified, but it may have an avatar in artificial intelligence. The data that machines exchange in Industry 4.0 consists mostly of data that people create for them (proving that we’re not entirely superfluous to the process, at least not yet). The premise of AI is that machines can observe, learn, and find answers on their own – not in the same way humans do, but with the same problem-solving objectives in view.

AI is easier to invoke than to explain. There are, after all, no absolute definitions of the human mind and its properties, but that hasn’t stopped us from grafting our incomplete understanding of “intelligence” onto the inner workings of computerized machinery. And so, references to AI are starting to crop up in conversation as we try to forecast the impact of a technology that everyone seems ready to take at face value – even though the face remains partially hidden.

At this year’s Inkjet Summit, for example, a marketing executive explained how “big data” on consumer behavior could become the raw material of AI-driven campaigns. A source for this article on omnichannel marketing talked about AI’s applications in the messaging technologies that banks and other enterprises use to stay in touch with their customers. A sure sign that a new technology has captured the attention of an industry is the appearance of webinars about it, such as this Printing Impressions e-learning program about the outlook for AI in print.

And when products incorporating AI earn distinctions like Printing Industries of America’s InterTech Technology Awards, we know that the underlying solution is winning market endorsement. Hats off here to Tilia Labs and its Phoenix 7.0 software, which employs machine-leaning algorithms to generate impositions and layouts without human assistance (a far, far cry from the folding dummies that some of us can remember using as imposition aids).

No doubt about it: AI has come to the printing industry with its known knowns, its known unknowns, and its unknown unknowns – and over time, we are going to have to parse them all. We hope it will spare us the minor embarrassments and major malfunctions of human error as it takes print manufacturing to new realms of efficiency where human intelligence alone won’t suffice.

Is it a realistic hope? That, Dear *Reader*, is for the machines to know – and for us to find out.