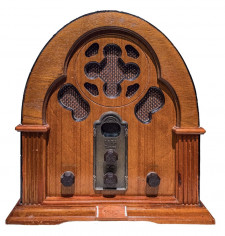 Recently, I was thinking about a story my father used to tell about his boyhood. He and his brother had walked five miles to the next town to listen to the radio broadcast of President Franklin Roosevelt’s inaugural address.

The way he remembered the event made it sound like a great adventure. The importance of the shared experience with his brother. The inspiration of the president’s voice. The hint of mischievousness. Because he hadn’t asked permission from his parents.

What impressed me about the story, and most of my father’s stories, is what memories he chose to focus on. When Roosevelt was inaugurated, the country was in the midst of the Great Depression. My grandfather worked in a small produce store, so my father knew first-hand about the terrible impact the economy had on families in his hometown. But that’s not what he decided to remember about the past.

That doesn’t mean my father forgot the unpleasantness in his personal history. We used to talk about his time in the Army, the friends he lost in World War II, the challenges of being a parent, and his health struggles for the last two decades of his life. But even then, he managed to focus on something positive.

For example, one summer, my oldest brother went on vacation with friends of the family, the Sullivans. My brother hit his head while swimming, and nearly drowned. He was rushed to the hospital, and my parents were contacted. My father spent a nervous night at my brother’s bedside. In the morning, came the good news, my brother would be all right.

When my father told this story, he always emphasized one point – Mr. Sullivan stayed by his side that night in the hospital. Mr. Sullivan felt responsible, and wanted to provide whatever support he could. For my father, that act of friendship, not his own fears, was the important memory.

In 1987, there was an accident that shattered my father’s elbow, limiting the use of his left hand. The injury meant several operations and painful therapy. But my father would tell you how lucky he was to be the patient of one of the foremost experts on repairing nerve damage. His elbow is even in a medical textbook!

The decision to focus on the positive is one we can all choose to make every day. There will be many events, in our personal and professional lives, that we won’t be able to control. We can control how we react to the event, and how we remember the event.

For example, several years ago, I was managing an operation in Boston. My lead person, Tim, asked to leave early to pick up his new truck. He told me everything was under control, so I told him that I looked forward to seeing the new truck in the morning.

A half hour later, the vice president of Human Resources was in my office. The new payroll checks weren’t printing correctly for some employees. The salary amounts could be seen in the address window of the envelopes. Tim oversaw the testing of these checks, and approved the move to production.

I called in the machine operators, and we brainstormed for a while. One operator determined that we could adjust the fold to solve the problem. The pieces wouldn’t be as easy to read for the sorting machines. But it was an internal office delivery, so hand sorting could handle the rejects. More work, but the payroll would be completed on time.

Then I called Tim, and told him about the problem. He was signing the paperwork for his truck, but would be back at work within an hour.

When Tim came into my office, he explained how the error occurred, how it would be fixed, and then gave me an update on the progress of the interim solution. It was obvious he had spent the drive back talking on the phone to the programmers and the operators. We talked a little longer about the problem, and then I asked to see his new truck.

Tim and I remained good friends, even after I left to start The Berkshire Company. Sometimes, when reminiscing, the story of the “new truck and payroll” would come up. For me, the most important memory isn’t the mistake, but the way Tim responded. No excuses, no whining. Just accepting responsibility and creating a solution.

Of course, you also must learn from the past. My father enrolled us all in swimming lessons at the local pond. He had to be extra careful about his left arm. Tim and I developed more stringent testing procedures at our company.

And you must learn from the positive lessons. The benefits of good friendship. The importance of having an expert doctor providing treatment. The value of a co-worker who’ll take responsibility for their actions.

Consider how you reflect on the past. There will be negative and positive memories that vie for attention. Choose where you’ll place your focus and what you’ll learn from the past. Choose wisely.

Input for this piece was provided by Lois Ritarossi, CMC, President of High Rock Strategies: 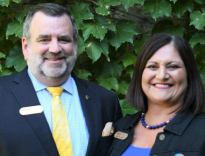 Mark M. Fallon is president and CEO of The Berkshire Company, a consulting firm specializing in mail and document processing strategies. The company develops customized solutions integrating proven management concepts with emerging technologies to achieve total process management. He offers a vision of the document that integrates technology, data quality, process integrity, and electronic delivery. His successes are based upon using leadership to implement innovative solutions in the document process. You can contact Mark at mmf@berkshire-company.com.

END_OF_DOCUMENT_TOKEN_TO_BE_REPLACED
Happening Today
The Powerful Case for US Book Manufacturing