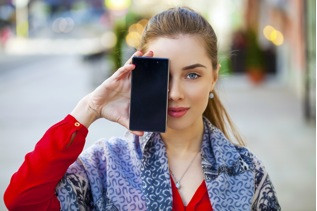 Big data is overwhelming when you really stop to take a look at it. Consider these figures reported by Internet Live Stats:

Today, approximately 40 percent of the world population has an internet connection. In 1995, it was less than 1 percent. And consider this. The first billion was reached in 2005. The second billion in 2010. The third billion in 2014. Needless to say, there is a lot of information that has created Big Data in the marketplace and it’s now impossible to sort through it using traditional means.

Enter Smart Data. Over the years, companies have gained the ability to track and record digital information harnessing the software power from huge information management companies such as Oracle, SAS and many others. They provide cloud solutions and related analytic software. With such incredible amounts of information available, the problem has truly become one of finding a needle in a haystack.

Smart Data brings you the specific information you need using benchmarked and correlated analytics compared against your company’s specific business strategy. The result is a curated set of smarter data that can be used in every day strategy executions.

Gone are the days of mass. That’s why network TV ratings have plummeted so sharply as people unplug and opt in for specific slices of streaming shows and movies. Netflix, HBO and Amazon Prime Movie all offer continuous streaming video and movies at very attractive rates and you can watch them at any time day or night. Gone are the days of waiting until the next episode next week. Now, in one place all of the episodes are there for whenever you’d like to watch them. The big TV networks can’t afford to offer these because of the fear of diluting their paid advertising model despite of their continuing eroding market share for this very reason.

What everyone is trying to figure out is who is going to emerge as the leader in the TV and Movie Market. Perhaps the evolution of Google Maps can teach us something about this inevitable change. When Google first started their map app their competition were printed maps! This is not to say people don’t purchase a map in the area they live, but the likelihood of someone grabbing that map in the glove box versus searching for something on their smart phone, seems a bit obvious, doesn’t it?

The progression of development started with charting the entire country. Then they added fuel stops, restaurants and they are currently in the process of adding "Your Favorite Places" based on your reported visits ranging from occasional to regular to special. So what was once a map to find your way is becoming a way to chart your day or week or even year.

Are we there yet? No, but we sure are on our way and smart data is going to be the key to how we arrive. Big Data gives you the data to plan. Smart data lets you accomplish your goals.

Tom Marin Wants To Hear From You!

Note: If you are a printing company or services provider to the printing industry, and would like to be considered for a feature in this blog, please contact Tom Marin for an interview.

How to Become the CEO of Your Well-Being

How to Manage Time During Sales Chaos