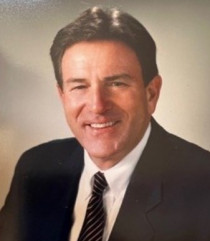 He was the founder and, for sixteen years, the President of Xplor International, a worldwide association representing the document systems industry. His strategic vision and evangelistic fervor were instrumental in building a worldwide community with thousands of members in more than 40 countries. He was also the founder and president of the Electronic Document Systems Foundation.

“Keith was in fact a “futurist” who saw the growth of electronic document industry,” says Skip Henk, President/CEO of Xplor International. “His high energy and enthusiasm created a legacy. My deepest condolences to his wife Joan and their daughters.”

Before founding Xplor, Keith was a marketing executive at Xerox, Boise Cascade, and Mattel. While working full-time, he completed his doctorate in executive management in 1990 at the Claremont Graduate School, where he studied under Dr. Peter Drucker. Before launching his career, he received his MBA from University of Denver and his BS from University of Dayton.