Despite their earlier plans to join together as an $18 billion company as first announced on Jan. 31, it appears there is no love lost now between the executive boardrooms within Fujifilm Holdings and Xerox Corp. 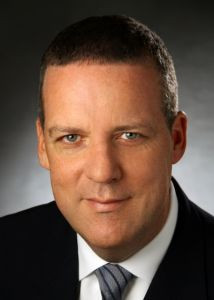 In response to a $1 billion lawsuit filed by Fujifilm in the federal court for the Southern District of New York against Xerox on June 18, Xerox Vice Chairman and CEO John Visentin responded today with a public letter addressed to Fujifilm Chairman Shigetaka Komori. Visentin blamed the accounting scandal at Fuji Xerox as a main reason why the proposed $6.1 billion acquisition of Xerox by Fuji fell through and, at the same time, he announced plans to sever their long-standing Fuji-Xerox joint venture when it expires at the end of 2021.

“Fujifilm should realize that the internal accounting issues at Fuji Xerox were a result of their mismanagement, which made it impossible to close the announced transaction,” said Visentin in the letter. “We cannot stand by and let them further harm our iconic brand. The [Fuji] lawsuit is nothing more than a desperate and misguided negotiating ploy to save their takeover attempt, which to this day remains enjoined by order of the New York State Supreme Court, and could take our focus away from serving our customers.”

“Our focus is on running the business in the service of our thousands of customers and partners and delivering exceptional value through market-leading services, products and delivery capabilities,” Visentin added.

“Fujifilm’s actions have forced us to move forward on several fronts to protect our supply chain," Visentin also indicated in the letter. "First, we will start, in a material way, to source products from new vendors. Second, we will build partnerships with companies that are aligned with the Xerox mission to provide world-class technology and solutions. Third, we currently believe Xerox will be much better served by not renewing our Technology Agreement with Fuji Xerox when it expires. We will detail for our shareholders the enormous opportunity for Xerox to sell products directly into the growing Asia-Pacific market with sole and exclusive use of the valuable Xerox name, and a more efficient, better managed supply chain than exists with Fuji Xerox today. 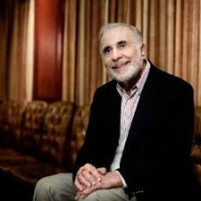 Carl Icahn has successfully blocked the acquisition and placed his own team at the helm of Xerox. | Credit: Twitter.com

“Xerox is a proven technology innovator and an exceptionally resilient company; we remain steadfastly focused on creating shareholder value through our renowned innovation capabilities, globally recognized brand and leading market presence,” he said.

The full letter can be found here.

The court order that Visentin referred to in today's letter was an April 27 injunction issued by Judge Barry Ostrager, of the Supreme Court of State of New York, County of New York, who at the time ruled in favor (click here to read the complete ruling) of activist investors Carl Icahn and Darwin Deason - Xerox's first and third largest shareholders, respectively. With a combined 15% stake, Icahn and Deason had joined forces to block the proposed transaction by waging a proxy contest and filing lawsuits to stop the transaction.

The initial deal announced Jan. 31, 2018, had Fujifilm acquiring a 50.1% controlling interest in Xerox as part of a complex agreement tied in with their existing Fuji Xerox joint distribution venture for Xerox products in Asia and the Pacific Rim. Fuji owns 75% of that joint venture, with Xerox owning the remaining 25%. As part of the pact, Fuji Xerox would have taken a $6.1 billion loan to finance the repurchase of Fuji's 75% in Fuji Xerox, making Fuji Xerox a wholly owned subsidiary of Xerox. Thereafter, Xerox would have then issued new shares of common stock to Fuji to represent a 50.1% stake worth $6.1 billion in value. The $6.1 billion would have subsequently been used to repay the loan that Xerox had taken, with Xerox then borrowing $2.5 billion to pay to its shareholders as a special dividend. For Fuji, the transaction would not have required any cash outlay to Xerox shareholders. 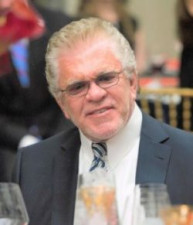 Darwin Deason has dropped his litigation against Xerox and its board members, but not against Fuji for "aiding and abetting." | Credit: King & Spalding

According to the New York court, other provisions of the transaction included a non-solicitation clause that prevented Xerox from soliciting other deals and a "fidicuary-out" provision that would have enabled the Xerox board to consider a superior unsolicited proposal. In that case, Fuji would have had six days to match an unsolicited superior proposal. And, in the event the transaction did not close, according to the court, Fuji would have been entitled to receive a $184 million termination fee from Xerox.

The original Xerox-Fuji pact, largely revealed as a result of the discovery process led by Deason's legal team, also stipulated that once the companies had merged, then-Xerox CEO Jeff Jacobson would have become CEO of the combined company, to be called Fuji Xerox. In addition, five existing Xerox directors - plus Jacobson - would have become members of the 12-person board of directors of the combined company. Those Xerox board members, the court said, were also guaranteed that they would maintain their directorship positions in the new company for a minimum of five years.

At the time, Judge Ostrager chastised then-Xerox CEO Jeff Jacobson as being hopelessly conflicted in negotiating the acquisition agreement. "The lynchpin of this court's decision turns on the conduct of Xerox CEO Jeff Jacobson in the time frame preceding the [Xerox] board's approval of a transaction that granted control of an iconic American company to Fuji without any cash payment by Fuji to Xerox shareholders, and the board's acquiescence in Jacobson's conduct," Judge Ostrager said in his ruling. 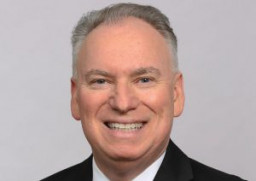 Former Xerox CEO Jeff Jacobson was described as being "hopelessly conflicted" in his attempt to strike an acquisition agreement.

According to the court documents, Jacobson was in negotiations with senior Fuji executives during the summer of 2017 about a possible transaction. But, around that same time, Xerox's board launched a search committee to find a replacement CEO. In November, they selected John Visentin, a former IBM and HP executive, and indicated a start date for him of Dec. 11, 2017.

On Nov. 10, 2017, Robert Keegan, Xerox's former chairman of the board, reportedly advised Jacobson that he might be replaced and also instructed him that the Xerox board had decided that he should desist from further pursuing a deal with Fuji, the court indicated. However, Keegan authorized Jacobson to meet with Fuji on Nov. 14 (without notifying the entire Xerox board) and then allowed for him to travel to Japan for a Nov. 21 followup meeting that ultimately led to Fuji providing a term sheet on Nov. 30, outlining its formal proposal.

"The facts adduced at the evidentiary hearing clearly show that Jacobson, having been told on Nov. 10 that the board was actively seeking a new CEO to replace him, was hopelessly conflicted during his negotiation of a strategic acquisition transaction that would result in a combined entity of which he would become CEO," Judge Ostrager said.

At the time, Xerox denied that scenario of events and said that Jacobson was fully authorized by the Xerox board to engage in discussions with Fujifilm and Fuji Xerox on the proposed combination.

The pact also resolved the proxy contest in connection with the company’s 2018 annual shareholders meeting and ended Deason’s litigation against Xerox and its directors.

Under the terms of the settlement agreement with Icahn and Deason, the following occurred:

Fuji: Xerox Is Being Controlled by Minority Investors

For its part, Fuji claims that Xerox breached its agreement with the company by making a unilateral decision to terminate, without legitimate cause, the proposed acquisition. "The terms of the agreement were discussed in an appropriate manner, based on fair valuations from independent experts retained by both companies," Fuji said in its June 18 lawsuit filing notice, in which Fuji is seeking more than $1 billion in damages. Fuji and Xerox had also agreed to a $184 million termination fee if either party walked away from the deal, which Fuji claims that Xerox should also pay.

In addition, Fuji contends that Xerox's minority activist investors have gained undue control of Xerox. "It is inconsistent with shareholder democracy to allow Carl Icahn and Darwin Deason, minority shareholders with only 15% of Xerox's shares, to dictate the fate of Xerox," Fuji was quoted as saying.

"The company believes the combination of Fuji Xerox and Xerox is the best option for the future of both companies as it was designed to accelerate business growth and realize new value creation for customers through the deployment of operations based on a globally unified marketing strategy," Fuji said in its lawsuit filing notice.

Based on Visentin's letter, it now appears that not only is the acquisition of Xerox by Fuji off the table, but the Fuji Xerox joint distribution partnership for Xerox products in the Asia-Pacific region - which dates back to 1962 - will be disbanded. Like many breakups following a proposed marriage that has been called off by one of the partners, it appears the relationship between Fujifilm Holdings and Xerox Corp., at least for the time being, continues to get uglier.