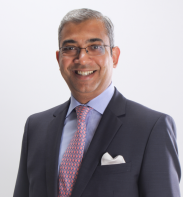 NORWALK, Conn. —  June 15, 2016 — Xerox has announced  that Ashok Vemuri will become the CEO of the Business Process Outsourcing (BPO) company upon the completion of the separation of Xerox into two publicly-traded companies. Vemuri will join Xerox effective July 1, 2016 and serve as CEO of Xerox Business Services and an executive VP of Xerox Corp. until the separation is complete.

“Ashok’s deep industry experience and proven track record of leading growth and corporate transformations will be instrumental for the BPO company’s future success,” remarks Xerox chairman and CEO Ursula Burns. “He’s an excellent leader with the right combination of operational, financial and client experience to successfully drive our BPO company’s go-forward strategy. I look forward to working with Ashok to successfully launch the new BPO company and build on its position as an industry leader.”

Vemuri served as president and CEO of IGATE Corp. from September 2013 to October 2015. In this role, Vemuri transformed the company’s operations, go-to-market strategy and balance sheet and ultimately executed a highly-successful, strategic sale of the company to Capgemini. Prior to joining IGATE, Vemuri was a senior executive at Infosys where he served as a board member, head of Americas and the global leader of Manufacturing and Engineering Services.

“I’m excited to join Xerox at this stage of its new path forward. Xerox’s BPO business is already in several attractive markets and has an impressive client list that includes top global brands and vital government agencies. The standalone BPO company will have many new opportunities, leveraging its differentiated capabilities and executing a more focused value-creation strategy for the benefit of clients, employees and shareholders,” Vemuri comments.

On Jan. 29, 2016, Xerox announced its plans to separate into two independent, publicly-traded companies — a Document Technology company comprised of its Document Technology and Document Outsourcing businesses and a BPO company. Xerox is targeting to file its initial Form 10 registration statement with the U.S. Securities and Exchange Commission in July. The transaction is on track to be completed by the end of 2016.

The BPO company will be an industry leader that helps businesses and governments manage transaction intensive processes at a large scale. With approximately $7 billion in 2015 revenue — more than 90% of which is annuity based — the company is focused on attractive growth markets including transportation, healthcare, commercial and government services.

The Document Technology company, which delivered $11 billion in 2015 revenue, will be a global leader in document management and document outsourcing with superior technology, solutions and innovations.

Ashok Vemuri Biography
Ashok Vemuri joins Xerox as the CEO of Xerox Business Services and executive VP of Xerox, effective July 1, 2016. After the completion of Xerox’s planned separation, Vemuri will serve as the CEO and a director of the new BPO company.

Vemuri previously was president, CEO and a member of the board of directors of IGATE Corp., a New Jersey-based global technology and services company now part of global technology and outsourcing company Capgemini. During his tenure from 2013 to 2015, Vemuri successfully transformed the company’s organization, go-to-market strategy, brand and balance sheet. He oversaw the company becoming the only IT services company to make the Fortune 100 Fastest Growing companies in 2014.

Before joining IGATE, Vemuri spent fourteen years at Infosys, a multinational consulting and IT services company, in a variety of leadership and business development roles. From 2012 to 2013, he served as senior VP and head of Americas and global head of Manufacturing and Engineering Services.  Vemuri was a member of the board from 2011 to 2013. He was also the key architect of the company’s vertical go-to-market model.

Prior to joining Infosys in 1999, he worked in the investment banking industry at Deutsche Bank and Bank of America.

Vemuri is a member of the World Economic Forum IT Board of Governors. He won the Board of Enterprise Asia Outstanding Entrepreneur Award and IAIR Businessman of the Year award in 2015. He holds a Bachelor of Science degree with honors in physics from St. Stephen's College, Delhi and received his MBA from the Indian Institute of Management, Ahmedabad.

About Xerox
Xerox is helping change the way the world works. By applying its expertise in imaging, business process, analytics, automation and user-centric insights, Xerox engineers the flow of work to provide greater productivity, efficiency and personalization. Its employees create meaningful innovations and provide business process services, printing equipment, software and solutions that make a real difference for clients and their customers in 180 countries.