Xerox CEO: Company Is Not Actively Seeking a Buyer, Will Repurchase Up to $500M Shares 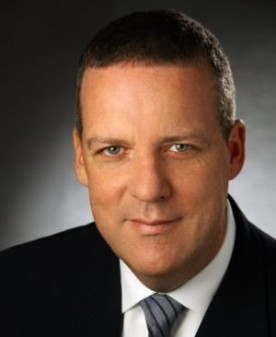 CEO John Visentin says Xerox is not holding an auction to seek a buyer of the company.

“It’s clear after two months as CEO of this iconic brand that we can return Xerox to the forefront as a leading tech company,” Visentin proclaimed. “We currently have software, services and printing technologies, along with a pipeline of innovations, which can disrupt the marketplace and bring increased value to those we serve.”

In light of Xerox's decision to pull out of a proposed $6.1 billion agreement to be purchased by Fujifilm Holdings - which was largely driven by opposition from Xerox's first and third largest shareholders, activist investors Carl Icahn and Darwin Deason - that ultimately led to Xerox threatening to dissolve its Fuji Xerox partnership and a subsequent $1 billion lawsuit filed by Fuji, Visentin stressed that Xerox's new leadership is not conducting an auction process to look for a potential buyer.

“While there has been much speculation about Xerox, I want to be clear. My mission is to do what is right for Xerox. Our focus is on leveraging the assets and capabilities we have today to create a sustainable company that provides a compelling value proposition for customers and partners,” Visentin noted.

The Xerox board of directors also authorized a $1 billion share repurchase program and the company indicated it will opportunistically repurchase up to $500 million in 2018. “This positive step forward is a strong endorsement of the company and represents an immediate action to deliver value to our investors,” according to Visentin.

“Our second-quarter results demonstrate the benefit of having a business model underpinned by annuity cash flow. However, it also highlights the challenge of improving revenue and flowing cost savings to the bottom line,” Visentin added. “Our success will depend on operating with a relentless focus on optimization. Actions include improving the effectiveness and efficiency of our supply chain and go-to-market channels. Equally important is ensuring we provide a great experience for our customers and address their evolving business needs.”

Full-year expectations and the outlook for cash flow were also provided as part of the second quarter financial reporting. Xerox continues to expect full-year operating cash flow of $900 to $1.1 billion and free cash flow of $750 to $950 million. It also plans to return at least 50% of its free cash flow to shareholders through common dividends and share repurchases on an annual basis.

In a second quarter earnings presentation led by Visentin and CFO Bill Osbourn (click here to access the full PDF), second quarter financial results were discussed, along with addressing some important questions. Among them:

Question: What is the Fuji Xerox Technology Agreement? What are the implications of not renewing it in 2021?

Answer: The Technology Agreement (TA) establishes technology and brand licensing relationships between Xerox and Fuji Xerox (FX). Currently 59% of our cost of production comes from FX and we have product-specific agreements that protect continuity of supply. Not renewing the TA does not dissolve the joint venture, however, it would give Xerox the opportunity to sell into Asia and Xerox retains the worldwide rights to all joint intellectual property.

Question: How long and how much will it cost to diversify your supply chain?

Answer: There is significant opportunity to improve the competitive dynamics within our supplier base. We have recently been successful in partnering with a new supplier for a next-generation product. Fuji Xerox remains a partner but they need to earn our business. We have time to determine the right suppliers for future products and make any transitions.

Structural areas that were cited by Visentin and Osbourn  during their presentation where Xerox could improve include its complex operating model with a lack of accountability; its supply chain; software and R&D "lost" in its product business; capitalization on innovation; strategic transformation follow-through; and capital deployment and returns.