With 30 years of innovation in digital printing under its belt, Xeikon achieved multiple firsts last year, extending its product lines and the markets it serves. In a press and analyst briefing held on Thursday, Jan. 10, key Xeikon executives and customers detailed the company’s 2018 growth and offered projections for the year ahead.

Since its inception, Xeikon’s foundation has been in electrophotographic digital printing. But as Filip Weymans, Xeikon’s VP of marketing, noted, 2018 marked the first year Xeikon sold UV inkjet systems into the market. Xeikon first announced its foray into the inkjet arena with the introduction of its Panther platform in 2017, which consists of the PX2000 and PX3000 models for the label segment. However, Xeikon then expanded its footprint further into inkjet when it partnered with EFI at the end of 2017 to take on the service, support and sales functions of the Jetrion inkjet label press platform. 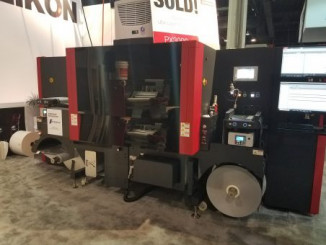 The Xeikon PX3000, part of its Panther platform of inkjet label presses, was on display at Labelexpo Americas 2018.

According to David Wilkins, Xeikon’s VP of sales for the North American market, 30% of the company’s installs in 2018 were UV inkjet systems. Additionally, Wilkins said he was particularly pleased with the number of Jetrion customers that transitioned into the more advanced Panther platform, increasing the speed and quality of their inkjet printing.

“We continue to see that as an opportunity in 2019 and beyond,” Wilkins said. “It’s an ongoing journey and we’re excited about their support.”

“We realized last year being active in the market, not everyone has the funds to immediately step up into a high-end Wall Decoration Factory,” Weymans said. “So we created the new Discovery Package.”

Similarly to the Label Discovery Package, which was revealed at Labelexpo Americas in September, the Walldeco Discovery Package consists of an entry-level Xeikon press with in-line finishing. 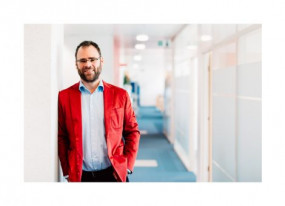 On the label side, Weymans detailed last year’s launch of the Xeikon CX500, the company’s latest addition to its Cheetah platform of toner-based presses. Weymans explained that the first adopters of this press sought it out for its ability to digitally produce larger labels in higher volumes. Additionally, he stated that almost all installs of the CX500 were at existing customer facilities, a testament to their trust in the Xeikon platform.

To provide additional context as to the value of digital printing, representatives from Carlson Laboratories, a Xeikon customer, joined the webinar to discuss their experiences with Xeikon’s equipment and the benefits it has brought them.

What makes Carlson stand out as a producer of digitally-printed labels, is that it’s hardly a traditional converter at all. Carlson is among the leading producers of nutritional supplements, but opted to bring its label printing in-house as a means to reduce waste, increase design flexibility and improve efficiency.

According to Michael Andersen, Carlson’s VP of operations and chief information officer, one of the challenges the company faced when assessing conventional printing technology for its labels, was the waste it created due to Carlson’s approximately 700 product SKUs. Additionally, Andersen explains that Carlson was not able to preprint labels, instead waiting until it had a product in-house before embarking on the two-week lead time needed to acquire the necessary labels.

But through the in-house installation of a Xeikon 5000plus duplex system, Carlson was able to take over its own label and literature printing, reducing its inventory, label waste and lead times. Andersen states that Carlson Laboratories met its return on investment goals in approximately nine months, which was a shorter timeframe than anticipated.

“It was a great return on investment and one of our best uses of capital as a company,” Andersen said. “When we’re out of something, we don’t have a two week lead time. We’re not destroying labels the way we used to.”

Beyond the logistical benefits, Jared Thorson, Carlson’s VP of sales and marketing, lauded the flexibility advantages the digital press has brought on board. Because the company has to consider variables including an international customer base and evolving consumer trends, Thorson said digital printing has allowed Carlson to adapt its printed pieces as it sees fit.

Events on the Horizon 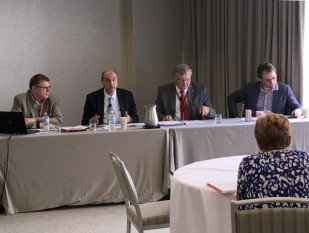 Xeikon’s two annual events, known as its Xeikon Cafés, will be held again this year, with its European edition returning to Antwerp, Belgium (March 26-28), and a North American Xeikon Café heading to Itasca, Ill. (May 14-16). New for 2019, however, Xeikon will be debuting Xeikon Café On Tour, which will bring a localized version of Xeikon Café to various global locations. The first On Tour event is scheduled for Wednesday, Jan. 30, in Milan, Italy.

On the trade show circuit, Xeikon also discussed its plans to exhibit at the debut edition of PRINTING United, which will be held from Oct. 23-25 in Dallas. PRINTING United, which came together through a joint partnership between SGIA and NAPCO Media (the publisher of packagePRINTING), is the evolution of the former SGIA Expo, with the scope of the show expanding to include commercial, wide-format and package printers.

Donna Covannon, Xeikon’s director of marketing for North America, explained that exhibiting at PRINTING United makes sense for Xeikon, due to its product portfolio that spans commercial and packaging segments. Additionally, she stated Xeikon hopes to have a CX500 press on the PRINTING United show floor.

Wilkins added that the concept of industry convergence — printers expanding beyond their core applications — makes PRINTING United a logical event for Xeikon to maintain a presence. “If you’re a vendor like us, having one [event] attracting customers involved in multiple applications gives us the opportunity to have one place to show our technology,” he said. “Moving forward, we really think this is where the momentum is for Xeikon at a trade show event.”