William Mack Promoted to VP of Human Resources at the Colortree Group in Va. 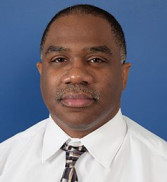 RICHMOND, Va. — March 31, 2017 — Colortree Group, Inc. LLC has announced the promotion of William Mack III to VP of Human Resources. As part of the leadership team, Mack and new CFO Terry Manis will assist Colortree Group owner and CEO Pat Patterson in carrying out his vision, which is to be the Best Litho Product Provider in the Direct Mail Industry.

Mack will play a key role in the continued development of Colortree Group’s culture. Patterson, under whose direction Colortree Group’s revenue has nearly doubled over the past five years, focuses on building a culture of positive behavioral and performance interactions through the implementation of the company’s Key Principles.

In his new role as VP of Human Resources, Mack oversees all aspects of human resources and provides counsel on strategic staffing plans, classification and compensation matters, benefits, training and development, workplace compliance, and safety and employee relations.

“William brings a wealth of experience and ideas to Colortree. He is a strong leader with strategic vision, and we are already benefitting from his counsel. I am thrilled to have him as part of my leadership team,” said Pat Patterson, owner and CEO, Colortree Group, Inc.

Have a Safe Thanksgiving