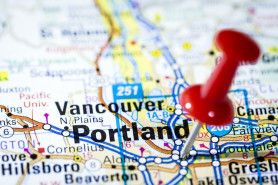 Western Graphics & Data has notified state employment officials that it plans to close its commercial printing plant located at 11603 S.E. Foster Rd. in Southeast Portland, Ore., and eliminate all 82 full-time jobs there in the process, according to a report in The Oregonian. The newspaper said company officials indicated that the layoffs will commence on Oct. 6 and will conclude by next spring. In compliance with federal laws, the company sent a Worker Adjustment and Retraining Act (WARN) letter to officially notify local officials and its employees about the closure.

Unfortunately from the standpoint of graphic arts industry employment opportunities in the Portland area, the Western Graphics & Data closure comes on the heels of the March 2017 closure by Cenveo of the Graphic Arts Center, which impacted 91 workers who worked there. The Graphic Arts Center was once one of the most prominent, high-end commercial printing operations on the entire West Coast. Click here for more information on that plant closure.

Western Graphics & Data is a unit of Inver Grove Heights, Minn.-based Travel Tags Inc., which bills itself as one of the nation's largest plastic gift card manufacturers with a global customer base. The Inver Grove Heights location serves as the headquarters and a card production facility, while the Portland operation specializes in secure card personalization, fulfillment and packaging. The unit also includes a card fulfillment services facility in North Mankato, Minn.

Phone calls yesterday from Printing Impressions to both Western Graphics & Data and to Travel Tags seeking more information on the closure were not returned as of the time this post was published.

In 2012, Western Graphics & Data announced that it was granted a patent by the U.S. Patent Office for a new prepaid card packaging design specially developed to provide substantial security at a minimal manufacturing cost. The patent (No. 8,157,086) incorporated technology to securely package the card such that the activation method (mag-stripe or barcode) is only exposed at the point of sale, thus protecting against prepaid card fraud.

At the time, the company indicated it has been serving customers since 1946 and is certified by Visa, MasterCard, Discover, and American Express.

Founded in 1973, Travel Tags started out as a provider of luggage tags and travel accessories. Between 1973 and 1999, Travel Tags printed phone cards, promotional products and millions of milk caps for the Pogs children's game, which was popular in the early-to-mid '90s. In 1999, Travel Tags produced its first stored value gift card and quickly shifted its focus to plastic gift card manufacturing.

Travel Tags became part of the privately held, North Mankato, Minn.-based industry conglomerate Taylor Corp. in 1993. Founded in 1975 by Chairman Glen Taylor with his purchase of wholesale printing giant Carlson Craft, Taylor Corp. has grown to include some 80 subsidiaries and more than 12,000 employees. In June 2015, it acquired Standard Register for a reported $307 million, renaming it Taylor Communications.