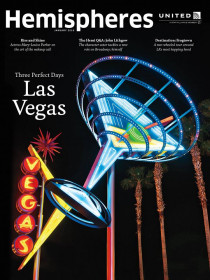 I know when I travel by airplane, one of the first things that I pick up is the magazine in the holder in front of my seat. It’s always fun to read about a place that I have never been to, cuisines yet to taste or things I would never have thought about purchasing. But one thing that I recently learned about those magazines is how the weight of the paper used to produce those publications actually has a major impact on the cost of fuel.

According to an article in the Los Angeles Times, United Airlines took a look at its in-flight magazine Hemisphere and made a switch to a lighter paper for that publication - a decision that would have a significant impact on the amount of fuel the airline would save.

With United Airline's 4,500 daily departures, it made sense to cut 1 oz. from its in-flight magazine, and switch to a lighter paper (weighing 6.85 oz.) instead. What this means in a larger scale, says the Times, is that the airline is saving 170,000 gallons of fuel a year which amounts to $290,000 in annual fuel costs.

In addition to Hemisphere, the Times reported that United Airlines also sent an internal message to its employees, stating that the airline was also switching to a lighter paper for its seatback service guides. According to the newspaper, for a 737 plane carrying 179 passengers, this would mean a reduction of 11 lbs. per flight. 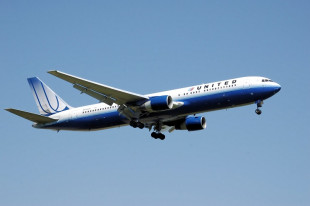 Switching its paper is just one change United Airlines made to save on fuel. Just last year, it also stopped selling duty-free items - chocolates, liquor and perfumes - on flights, which, according to the paper, resulted in a decrease of 1.4 million gallons of fuel per year and saved United Airlines $2.3 million.

The fact that United Airlines decided to keep its printed publications but opt for a different, lighter solution - instead of shirking them all together - is clear evidence that print is very much alive.

Please share your thoughts in the comments section below.