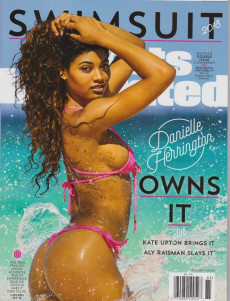 Through augmented and virtual reality, the 2018 Sports Illustrated Swimsuit issue is billed as the most immersive issue ever. The interactive content includes behind-the-scenes experiences and videos that launch off the pages of the issue.

Technology is a cornerstone of modern life. Nearly everyone has smart phones, computers with Internet access that gives them a wealth of knowledge at their fingertips, and devices that talk back and even anticipate our needs. For printers, this brings up what can be a tricky question: how do you continue to bring value in a world that is moving so quickly?

The answer to that is not putting proverbial fingers in ears and hoping technology will go away. Rather, the most successful printers will embrace technology and all the ways it can actually be incorporated into print.

Before you can begin to offer your customers “interactive print,” however, you first need to understand that the term encompasses a range of different technologies, all of which can be used in very different ways to enhance marketing and other types of print campaigns.

• QR Codes. Most printers likely already have some experience with QR codes. Rather than provide additional information or experiences within the piece itself, QR codes point users to another location, usually a website, which can feature either general or personalized information.

The responsibility of creating and managing the interactive elements is likely handled by the customer or a marketing agency; however, this is an opportunity. Instead of waiting for customers to come to you with printed pieces featuring QR codes, consider building the expertise in creating interactive elements, and then actively offering it to customers. Think of this as the “baby steps” for making print interactive and beginning to explore how print can be part of these new ways of communicating.

• Augmented Reality (AR). AR doesn’t rely on a code to provide the experience or information; rather, users download an app, and when they point their phone’s camera at the printed elements, those pieces come to life. Perhaps a commercial for a product could begin to play. Maybe the car on the page begins to drive. Maybe links to more information appear out of thin air, allowing the consumer to learn more.

With AR, the limit to how print can become the starting point for an experience is limited only by the imagination. Think about how a static piece could be enhanced, and don’t be afraid to really “think outside of the box,” so to speak. Printers who come to the table with ideas for ways to make print campaigns more interactive - and thus generate higher response rates - will be better positioned as partners, rather than simply print providers.

• Virtual Reality (VR). The most flashy of the interactive technologies, VR literally puts the users in another world. They see and experience the material as if they were standing there touching it in person. Examples of its use might be a virtual tour through a new facility or store, or allowing someone to pick up and interact with a product before they buy it.

The downside to VR is that, right now, it requires specialized equipment. In time, the way we consume VR will likely evolve and become more accessible, but while printers shouldn’t discourage it, it’s not necessarily the most effective technology to specialize in right now. 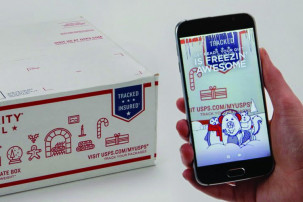 In 2016, the USPS launched an AR app designed to get consumers excited about interactive mail.

Interactive elements might seem like something very few people are interested in, but this category is growing rapidly. There are a number of factors driving that growth, notes John Puterbaugh, executive director of digital business development at Quad/Graphics.

“First, there is a resurgence in interest in mixed media (e.g., AR, VR and other immersive video) driven by rapid consumer adoption. This began with Pokémon Go and SnapChat filters and has been sustained based on investments in enabling technologies from Google, Apple, Facebook, SnapChat, etc.,” he points out.

Puterbaugh also notes that part of the surge is because the ability to access this content is now built into many of the devices consumers use on a daily basis. Because of this, consumers don’t have to find and download separate apps.

Finally, he points out, some of the demand was generated by the U.S. Postal Service (USPS) itself, which launched a campaign designed to get printers, marketers and consumers excited about the potential for using print and interactive elements together. “Prior to this year, the USPS was doing a good job generating demand for interactive print through their incentive program for leveraging new technologies, such as augmented reality, optimized shopping experiences, QR codes, etc.,” says Puterbaugh.

“When AR was incorporated [into marketing campaigns], response rates jumped from 2-3% to 35%,” Kiley says. “You are asking a customer to interact more immersively with the brand. As a result of that, the USPS, wanting more direct mail, created some incentives - if you produced pieces that used AR technology, you received special discounts.”

Simply having an interactive element isn’t a guarantee of those increased response rates. Consumers don’t just want flashing advertisements - they want unique and meaningful experiences. Finding a way to balance the needs of the brands and the desires of the consumers is a difficult line to walk, but both Puterbaugh and Kiley had examples of using these technologies effectively.

“Net A Porter and Sports Illustrated are examples of magazines still being very innovative with interactive print,” notes Puterbaugh. “Sport Illustrated’s most recent swimsuit issue has both virtual reality experiences, as well as augmented reality experiences. Net A Porter has done the best job of integrating interactive print within their app and magazine making it easy to shop the pages as you read. And, The New York Times and other newspapers have invested in VR as a new form of media for reporting and storytelling.

Kiley notes that he was talking with a commercial printer who produced travel guides. It was a printed book refreshed every three years for the last 50 years. “[With AR,] it becomes up to date, immersive and interactive,” says Kiley. “Users get up-to-date restaurants and reviews, museums and other vacation-related hot spots - something you can’t get with a piece that had a 200,000 press run 21⁄2 years ago. By incorporating AR, printers are shortening the bridge between the consumer and digital content - anyone can open the guide and use their phone to find more details. We get them to content that the publisher wants them to see in a microsecond. That is a value-add to the advertiser in that book - and that’s just the travel guides.”

The “reality” is that technologies in this space are still in their infancy. The industry is still figuring out how to use them to their best advantage every time, and there is a lot of experimentation going on across all types of applications. Printers can be on the forefront of bringing these experiences to the masses.

The time is now to cultivate a reputation for excellence, rather than let someone else take the glory - and leave the printing industry relegated once more to simple print providers instead of innovative marketers.