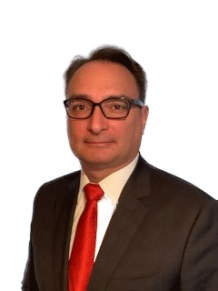 Transcontinental Inc. announced the appointment of Thomas Morin as president of TC Transcontinental Packaging effective July 1, 2019. Based in Chicago, in the United States, Morin will report to François Olivier, president and CEO of the Corporation, and he will be part of the Executive Management Committee. Since 2014, this position has been held by longstanding executive Brian Reid, who has been with the Corporation for over 25 years. Moving forward, Reid will dedicate his time exclusively to his role as President of TC Transcontinental Printing, Canada’s largest printer, a position he has held for more than 10 years.

As President of TC Transcontinental Packaging, Morin will have full profit and loss (P&L) responsibility and provide strategic and thought leadership to the sector’s operations and plants around the world. He will be in charge of establishing long-term goals and strategies as well as executing business plans, aiming for further efficiency and profit maximization. In support of the Corporation’s vision, Morin will be responsible for overseeing the expansion of the Packaging business in all its markets through organic sales growth and acquisitions, as well as managing investments by ensuring that proposed capital expenditures are in line with the strategy.

“We are very pleased to welcome Thomas Morin as President of TC Transcontinental Packaging at a time where our company has already established itself as a North American leader in flexible packaging after only five years in this space,” said François Olivier, President and Chief Executive Officer of TC Transcontinental. Morin has a solid track record developing, implementing, harmonizing and managing merging businesses, overseeing complex manufacturing operations with multiple sites in different geographic locations. As we are poised to continue expanding our packaging business, Mr. Morin’s extensive knowledge of the packaging industry and leadership will be key assets for our organization.”

As for Mr. Reid, he has played a critical role in overseeing the Packaging Sector throughout its accelerated growth while ensuring that TC Transcontinental Printing remained the leader in an ever-evolving industry. Over the next few weeks, he will ensure a seamless transition. Mr. Reid will act as President of TC Transcontinental Printing full time, a role he has successfully held since 2008. Under his leadership, the Printing Sector achieved several milestones, including the consolidation of the Canadian industry, notably through the major acquisition of the assets of Quad/Graphics Canada.

“We would like to thank Mr. Reid for his significant contribution in building TC Transcontinental Packaging’s platform and for developing high-performing and dedicated teams, positioning the sector for future success,” added François Olivier. “He has done an outstanding job instilling the TC Transcontinental culture in our Packaging operations. We look forward to continue benefitting from his strong operational and strategic abilities, now that he will focus exclusively on the Printing Sector. Mr. Reid will work alongside his seasoned team, including Jacques Grégoire, President of TC Transcontinental Printing – Québec, on pursuing growth opportunities in key verticals and improving profitability margins for the sector.”