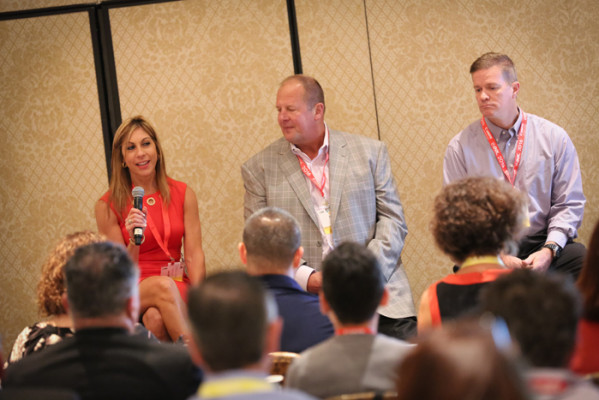 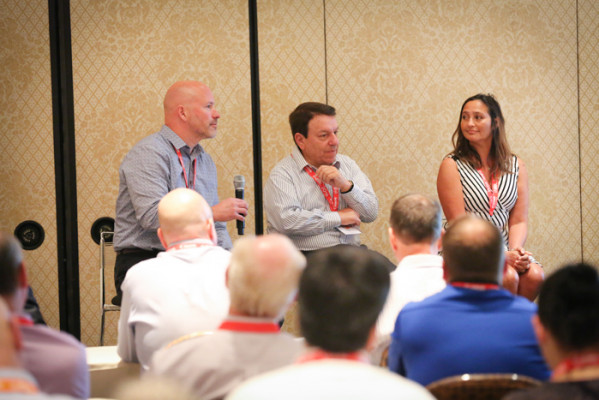 BOCA RATON, Fla. — Organizers of the thINK 2016 Conference might have been thinking more about Community Shelters than they were about the overall conference theme, “The Power of Community,” as Hurricane Matthew barrelled directly toward the eastern coast of South Florida just days before the kickoff of the second-annual thINK Conference, held here from Oct. 10-12th. But, in the end, the eye of the storm remained offshore, causing minimal damage to the area and few incoming flight interruptions.

Initial concern about the hurricane did little to dampen the enthusiasm for the record 400+ attendees who converged on the Boca Raton Resort & Club for what’s rapidly become the world’s largest annual production inkjet user group meeting. And the strong sense of community, education and open information sharing — even among competitors — remained constant throughout the three-day event.

“Being part of a community like thINK allows attendees the chance to network with partners who can help them along on their journey but, even deeper than that, the chance to network with those who have gone before you and those who you can help,” points out Mark DeBoer, director of customer experience at Darwill and thINK president, in describing the camaraderie and openness.

This was especially apparent during the more than 30 educational sessions, which featured 60 conference attendees who played key roles as speakers, user panelists and moderators. “I feel the biggest takeaway from the thINK 2016 Conference was continued recognition that the print community is made up of members who are in different stages in the evolution of inkjet,” adds Dave Johannes, senior VP of operations at IWCO Direct and thINK 2016 conference chair. As a result, breakout sessions — many of which entailed current inkjet press users sharing their experiences and best practices — were developed to benefit both novice and advanced inkjet practioners.

“People came together and shared things they may not have normally shared — information about their [printing] businesses, their pain points, their strengths and their advice,” observes Francis A. McMahon senior VP, PPS, Canon Solutions America and a thINK board member.

Aside from the educational sessions, printer attendees were able to network freely with each other and with Canon Solutions America execs throughout the conference, as well as with representatives from 34 partner companies who set up tabletops in the Partner Pavilion to showcase their wide range of paper, finishing and software solutions.

Attendees were also able to visit the nearby Canon Solutions America Customer Experience Center, where they saw demonstrations of the Océ VarioPrint i300 sheetfed inkjet press, the new continuous-feed Océ ColorStream 3900Z and Océ Arizona flatbed printer, and the latest PRISMA workflow software and Canon imagePRESS.

Following a horrific car crash, Burrows suffered a spinal cord injury that left him paralyzed from the chest down and a quadriplegic. Sharing his insights on turning setbacks into powerful comebacks, Burrows embodied the spirit of thINK with a moving, and truly triumphant, keynote that detailed his successful journey to be able to walk again one day.